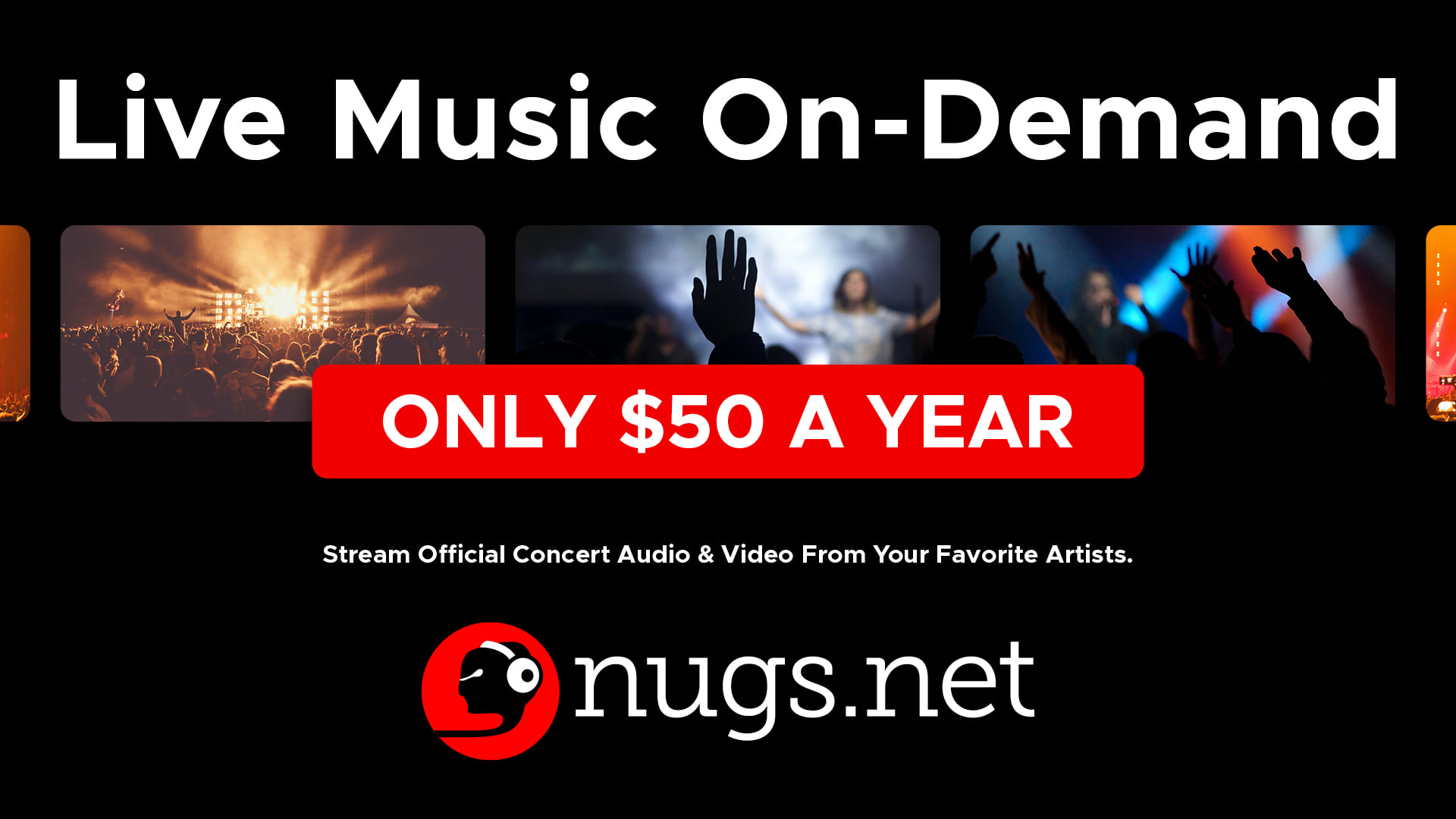 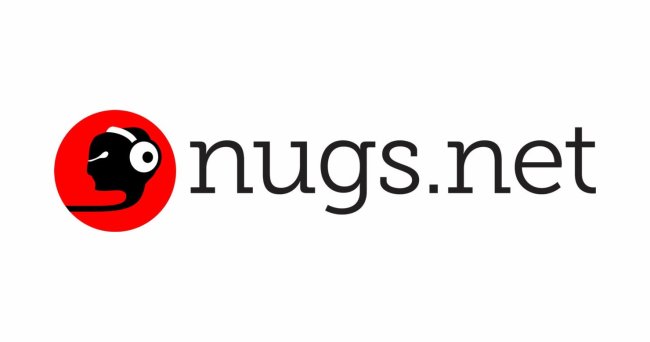 Allow me to age myself here for a second.

Does anyone remember CD binders?

I sure do. I had at least two or three that looked like this (below), all stuffed to the gills with live music discs that I either (A. burnt in Win-Amp or (B. collected from Internet strangers via eTree.org or various Phish-related message boards. This massive stash of live music was my prized possession – live Grateful Dead SBDs, early years Umphreys McGee shows, AUDs of early-90s Phish tours, all carefully labeled with a sharpie marker. 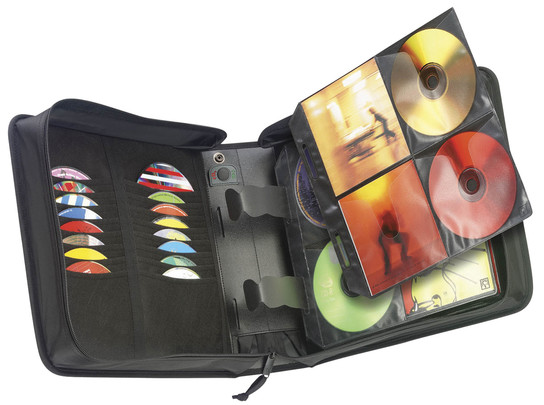 I took these binders of discs everywhere with me: It lived in the back of my Ford Escort, but it accompanied me on ski trips, vacations, road trips with friends on Phish tour, and to my freshman year in college – just as the music media world started to change with the iPod gaining popularity.

These days, these massive binders of discs are a relic from the past – an artifact of how hopeless live music junkies like myself used to organize and showcase their favorite live shows before smartphones and cloud computing. I think about it fondly, much in the way my parents’ generation waxes nostalgically about collecting vinyl in the ’70s, before the onset of the cassette tape.

What I don’t miss: That cumbersome process of trying to find exactly what you’re looking for, musically, on a Disc-Man or in your car stereo.

If you love live music, you’re probably somewhat familiar with nugs.net. Think of it like Spotify or Apple Music just for live recordings. nugs.net has centralized how people scour for recorded live music moments. Maybe you heard about it from that friend who’s never missed a Widespread Panic Red Rocks run. Or your co-worker who recommends four-song Disco Biscuits sets as a way of getting in the zone to build a spreadsheet.

Believe it or not, those people exist – I am one of them.

nugs.net has been around for a while for us heads in the know. Literally, decades. I started listening to nugs.net radio in high school – mostly for its high-quality live music livestreams, which were revolutionary at the time.

It’s proven itself time and time again to be a trusted source for sound board-quality live audio. Not just for us jam-band weirdos who identify on a wook-to-custie spectrum, but now to a truly diverse array of artists – many of whom are household names.

I’ve been a nugs.net subscriber for years now. I don’t flinch when my account auto-renews or question how much I get out of it. As someone who lives for the combustible energy of live music, I love that we live in an era of technology where such a platform can even exist.

So if you’re teetering on a decision and asking yourself “is nugs.net worth it”, let me break down why nugs.net is the best streaming platform for live music.

Limited time offer: You can currently sign-up for an annual nugs.net subscription for only $50 – includes a donation to the Sweet Relief Musicians Fund. More info + details on how to sign-up here. 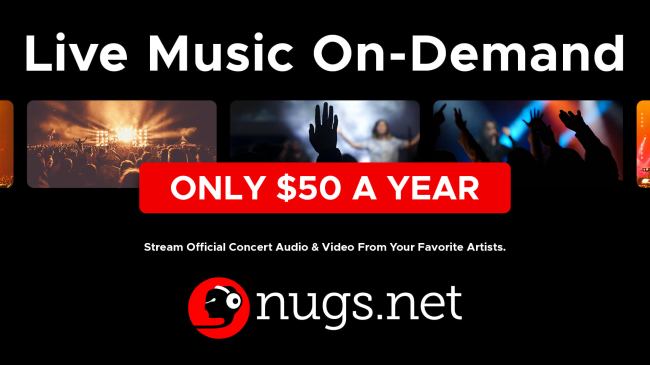 One of the great things about this era of live music is that everything is recorded. Every note pulsing through the soundboard. Every endearing moment someone takes a mic and banters with the audience. Every flub, every blues jam, every blissful, awe-inspiring crescendo of rhythmic alchemy.

I like to think of recorded live music as a musical souvenir. It’s the show after the show – meticulously created in a certain moment of time and space for those in attendance to experience, warts and all.

nugs.net gives these moments a second life that’s easily accessed with a couple of taps on your device. Want to go back to the first time moe blew your mind with an “Akimbo” jam at SUNY Fredonia? Yea, it’s in the archive – along with 800+ other moe shows.

nugs is your musical time machine back to those dorm room days, minus the cringe-y bowl cut.

The variety of artists on nugs.net

I’ve never met Brad Sterling – the founder of nugs.net – but he’s obviously an incredibly good dealmaker. He’s mastered the process of how bands can get their music from the stage of a club, arena, or amphitheater to the fans via the Internet, including in real-time. Important for the band and anyone associated with earning a living off that IP, nugs.net is a turnkey way to monetize that pipeline.

As mentioned above, the line-up on nugs.net is stacked. Get a sense from the full list here.

Below are some of the marquee acts, but really it’s just touching the surface of the live music world.

Ever throw on a YouTube concert video with headphones and almost go deaf from the crowd noise? nugs.net kills it with audio quality.

We’re not talking about grainy YouTube videos shot from the back of a room on a Samsung Galaxy S4s in 2013 either. nugs.net shows are masterfully mixed, just as the band’s engineer behind the board hears it.

That means high-fidelity audio, patched in straight from the soundboard with very little crowd noise. No tin-sounding nonsense from a cell phone mic peaking out on bass or inaudible screaming.

nugs prides itself on being an audiophiles fever dream: CD-quality lossless, in FLAC and ALAC formats – even DSD downloads for us true audio nerds. This comes in the higher tier – $24.99 a month or $249.99 a year. Sonically speaking, the nugs is incredible on great home or car audio equipment.

The video for livestreaming is also available in HD or 4K UHD formats.

I pretty much only use nugs.net as a mobile app, which is downloadable on IOS or Android. It’s available on a desktop behind a paywall too.

I guess we should break down pricing – A basic subscription costs $12.99 per month or $129.99 per year. This gets you unlimited access to audio music and limited access to on-demand video content. IE: The massive archive of concerts to re-listen to and rewatch.

For a limited time, however, you can score a nugs.net subscription for only $50. This offer isn’t going to last, so this is easily the best time to sign-up for nugs.net.

This basic subscription also gives you a 15% discount (or more) on downloadable tunes, as well as CD purchases and livestreams – like the Dead And Company tour.

If you’re an audio junkie and your earworms CRAVE lossless audio, opt-in for the HiFi subscription – costs $24.99 a month or $249.99 a year.

The subscription cost doesn’t include the price for streaming shows live – think of those like a concert ticket. Each stream varies from show to show. The bigger production ones are more expensive than the smaller intimate ones, which can be just as special.

Nerding out to the deep cuts

I need to triple emphasize that nugs.net is a quintessential tool for music discovery. I don’t know how many times I caught myself down a deep musical rabbit hole while walking around my neighborhood. Literally, where else are you going to be able to jump around between The Radiators, Perpetual Groove, STS9, Particle, Spafford, Del McCoury & David Grisman, and David Byrne? The list goes on and on.

The other night, while walking around my neighborhood for some doctor-ordered exercise, I breezed through Frank Zappa’s The Torture Never Stops on nugs – from one of his Halloween concerts at The Palladium in New York City in 1981. It was pure musical escapism to the revelry and antics of a Frank Zappa Halloween.

Hell, as I write this I’m listening to UM Bowl at The Cap, in all of Jake Cinninger and Brendan Bayliss’s screaming guitar glory. It’s like getting lost in a record shop of weird and wonderful improvisational moments.

This is a key differentiator. nugs.net is clearly on a mission to be a force for PPV livestreams. The offerings change week-to-week, depending on who’s on the road and what’s going on in the scene. Dead and Company tour, livestreams Ardmore Music Hall outside Philly, NOLA JazzFest homages.

I think you get the gist here. You’ll dig nugs.net if you have some budget for going deep on your live music hobby. Don’t think of it as a replacement to Spotify in your musical diet – think of it as a supplement to greatly enhance it.

The BroBible team writes about gear that we think you want. Occasionally, we write about items that are a part of one of our affiliate partnerships and we will get a percentage of the revenue from sales.