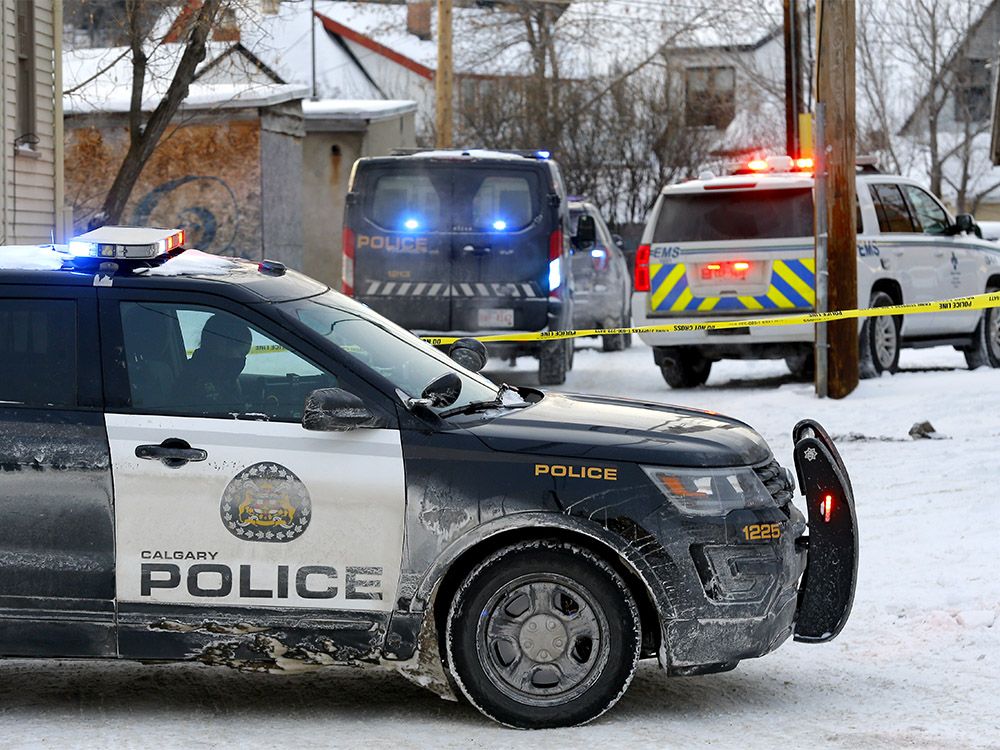 CPS responded to reports of a man being shot at the 1200 block of 17th Street S.W.

The Calgary Police Service is investigating after one person was shot dead in a southwest Calgary alley.

Officers responded to reports of a man being shot in the 1200 block of 17th Street S.W. at about 3:20 p.m. on Thursday. They discovered a man suffering from a gunshot wound in a back alley of the residential Sunalta neighbourhood, just west of the Beltline.

“Despite officers and paramedics performing life-saving efforts on the victim, he was pronounced dead on scene,” police said in a news release.

Police shut down 12th Avenue S.W. between 17th Street and 18th Street while the investigation continues. The alley where the victim was found remains closed Thursday evening.

Police gave no confirmation of the identity of the victim, motive or suspects.

There was a full response to the scene, including fire department and paramedics, with checkpoints set up in the evening as they searched for a suspect. The Calgary police helicopter was also deployed.

If deemed a homicide, it would be the first recorded in Calgary this year.

Another shooting occurred after the fatality, when a man was shot in the arm in the playground zone near Prairie Winds Park on Castleridge Boulevard N.E. around 4:45 p.m. The victim reportedly walked into a nearby gas station seeking help.

Police have not confirmed if the shootings are connected or the status of the second victim.

Anyone with information about the incidents is asked to contact police by calling 403-266-1234. Tips can also be submitted anonymously to Crime Stoppers at 1-800-222-8477 or through www.calgarycrimestoppers.org.