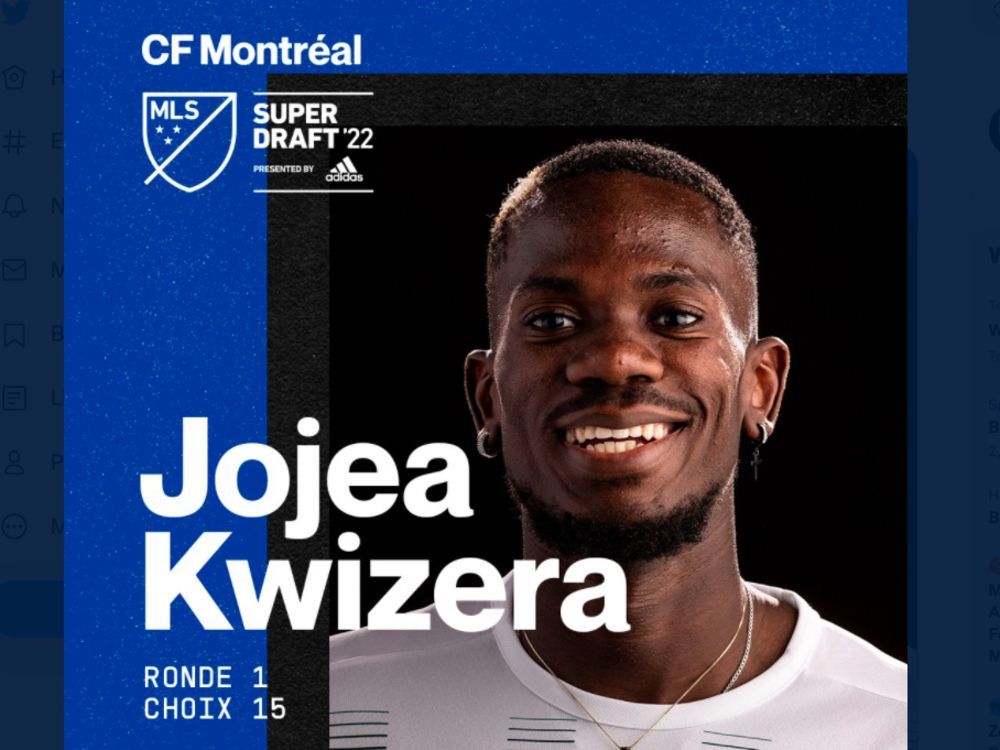 The 22-year-old native of the Democratic Republic of the Congo “is a hard-hitting player who has good speed,” sporting director Olivier Renard said.

Postmedia may earn an affiliate commission from purchases made through our links on this page.

CF Montréal used its first round selection in the MLS SuperDraft Tuesday evening to pick Jojea Kwizera, an attacking midfielder who honed his soccer skills in a refugee camp in Tanzania.

The 22-year-old native of the Democratic Republic of the Congo was selected 15th overall in the annual draft of U.S. college players. CFM started the day with the 11th pick, but sporting director Olivier Renard swapped places with the New York Red Bulls and pocketed $100,000 in general allocation money for his troubles.

Kwizera and his older sister were separated from their parents during one of the periods of civil unrest in the Congo and were among the 800,000 Congolese who fled the country. When he was nine years old, he and his sister were relocated to Utah, where he found his identity in soccer.

“He is a hard-hitting player who has good speed, a left-hander who plays a daring game,” Renard said in a video conference. “He’s someone who is hungry for football.”

Brisma, a four-year starter at N.C. State, was born in Haiti, but grew up in Philadelphia and spent five years in the Philadelphia Union Academy.

In other news, CONCACAF announced that the return leg of the first-round Champions League matchup  between CFM and Mexican side Santos Laguna on Feb. 22 will start at 8 p.m at the Olympic Stadium. The game was originally scheduled for Saputo Stadium at 8:30. The first leg will be played in Torréon, Mexico, on Feb. 18.