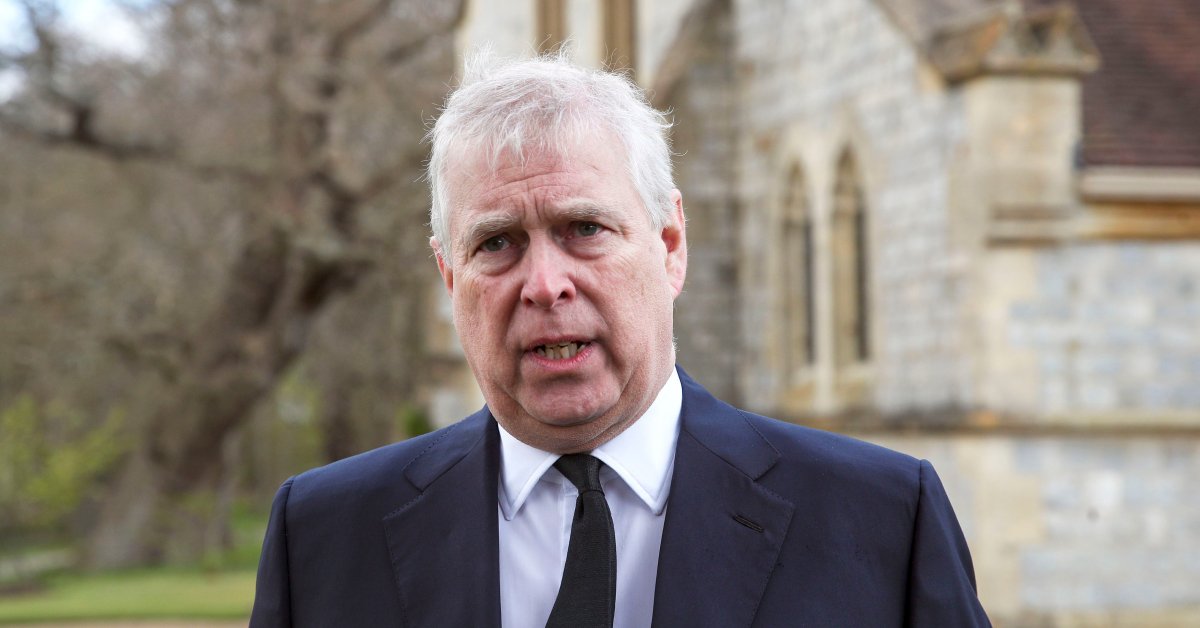 NEW YORK — A woman who says she was sexually trafficked to Britain’s Prince Andrew by Jeffrey Epstein accepted $500,000 in 2009 to settle her lawsuit against the American millionaire and anyone else “who could have been included as a potential defendant,” according to a court record unsealed Monday.

The prince’s lawyers say that language should bar Virginia Giuffre from suing Andrew now, even though he wasn’t a party to the original settlement.

The private 2009 legal deal resolved Giuffre’s allegations that Epstein had hired her as a teenager to be a sexual servant at his estate in Palm Beach, Florida.
[time-brightcove not-tgx=”true”]

Andrew was not named in that lawsuit, but Giuffre had alleged in it that Epstein had flown her around the world for sexual encounters with numerous men “including royalty, politicians, academicians, businessmen and/or professional and personal acquaintances.”

The settlement unsealed Monday also doesn’t mention Andrew, but contains a single paragraph saying it protects anyone “who could have been included as a potential defendant” from being sued by Giuffre.

Attorney Andrew Brettler, representing the prince, has told a Manhattan federal court judge that the agreement should release Andrew “from any purported liability.”

Attorney David Boies, who represents Giuffre, said in a statement Monday that the language about protecting potential defendants in the settlement between his client and Epstein was “irrelevant” to the prince’s lawsuit in part because the paragraph did not mention the prince and he didn’t know about it.

“He could not have been a ‘potential defendant’ in the settled case against Jeffrey Epstein both because he was not subject to jurisdiction in Florida and because the Florida case involved federal claims to which he was not a part,” Boies said.

Boies said he wanted the Epstein-Giuffre agreement publicly released “to refute the claims being made about it by Prince Andrew’s” public relations campaign.

Giuffre sued the prince in August, saying he had sexually assaulted her multiple times in 2001 when she was 17.

The prince’s lawyers say Andrew never sexually abused or assaulted Giuffre and that he “unequivocally denies Giuffre’s false allegations against him.”

They also wrote that Giuffre sued Andrew “to achieve another payday at his expense and at the expense of those closest to him. Epstein’s abuse of Giuffre does not justify her public campaign against Prince Andrew.”

Arguments over the request to dismiss the lawsuit are scheduled for Tuesday.

Recently, the prince’s lawyers have said Giuffre should be disallowed from suing in the U.S. because she has lived most of the past two decades in Australia and can’t accurately claim to be a resident of Colorado, where her mother lives.

Judge Lewis A. Kaplan has rejected an attempt by the lawyers to halt progression of the lawsuit and to subject Giuffre to a deposition over the issue of where she is a resident.

In late 2019, Prince Andrew told BBC Newsnight that he never had sex with Giuffre, saying, “It didn’t happen.”

He said he has “no recollection” of ever meeting her.

The interview was widely panned by critics who said Andrew seemed insensitive to Epstein’s victims. Afterward, the prince stepped back from royal duties.

A message seeking comment was left with a spokesperson for Giuffre’s lawyers and with Brettler.

Epstein, 66, killed himself in August 2019 as he awaited trial in the U.S. on sex trafficking charges that didn’t involve Andrew.

His former girlfriend, Ghislaine Maxwell, 60, was convicted last week in Manhattan on sex trafficking and conspiracy charges related to several women after a month-long trial. Giuffre was not one of the alleged victims in that case.

Judge Alison J. Nathan, who presided over the trial, asked lawyers on both sides to suggest when a sentencing date should be set and when a trial should be scheduled on perjury charges that were severed from the other charges Maxwell faced.

The Associated Press does not typically identify people who say they are victims of sexual assault unless they choose to come forward publicly, as Giuffre has done.