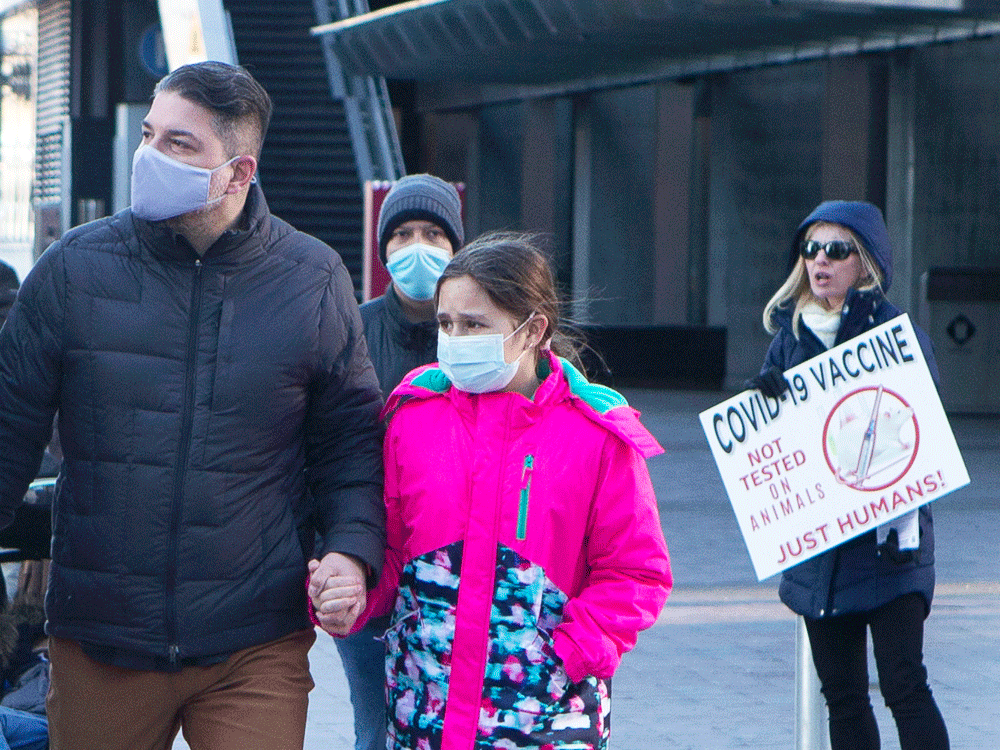 Ontario reported 21 new deaths on Tuesday, while 3,220 people are in hospital and testing positive for COVID-19.

Of those in hospital, 46 per cent were admitted for other reasons, but were later found to be positive for COVID-19 said Ontario Health Minister Christine Elliott on Tuesday, as the province transitions into updating its public reporting to distinguish those who have been hospitalized with COVID-19 and those who were originally hospitalized for another reason.

“While this doesn’t change the serious situation in Ontario’s hospitals, it is important to share this data to provide additional context on the state of the pandemic,” Elliott tweeted.

The numbers will be reported fully with the additional context starting Wednesday.

Another 438 Ontario residents were in ICU on Tuesday, with 83 percent being admitted for COVID-19.

Ontario also reported that there are 7,951 new confirmed cases on Tuesday.

As of Dec. 31, Ontario restricted access to PCR tests to high-risk individuals who are symptomatic and/or are at risk of severe illness from COVID-19, frontline workers, residents in high-risk settings and other vulnerable populations. As a result, the true number of infections is higher than the daily new cases reported.

The estimated seven-day reproduction rate R(t) is 1.29. A number higher than 1 indicates the virus is growing.

The health agency said it was aware of 7,651 active cases of the virus.

The R(t) number was reported as 0.90 on a seven-day average. The positivity rate was listed at 32.7 per cent.

There are two ongoing outbreaks in childcare facilities.

No new community outbreaks were reported.

OPH notes that because of the lack of PCR tests, some outbreaks may be larger than reported, or may take longer to report.

Quebec is reporting 62 more deaths attributed to the novel coronavirus Tuesday, pushing the total number of people killed by COVID-19 in the province to 12,028, the most in Canada.

Legault is scheduled to hold a news conference in Montreal at 1 p.m. today, where he will be accompanied by Arruda’s temporary replacement, Dr. Luc Boileau, the head of a government health-care research institution called the Institut national d’excellence en santé et services sociaux.

The Health Department says COVID-19-related hospitalizations rose by 188, to 2,742, after 433 people were admitted to hospital in the past 24 hours and 245 were discharged.

The number of people in intensive care rose by seven, to 255.

Quebec is reporting 8,710 new cases of COVID-19 Tuesday, and health officials say 20 per cent of tests came back positive.

-With files from The Canadian Press

Sign up to receive daily headline news from Ottawa Citizen, a division of Postmedia Network Inc.

The next issue of Ottawa Citizen Headline News will soon be in your inbox.