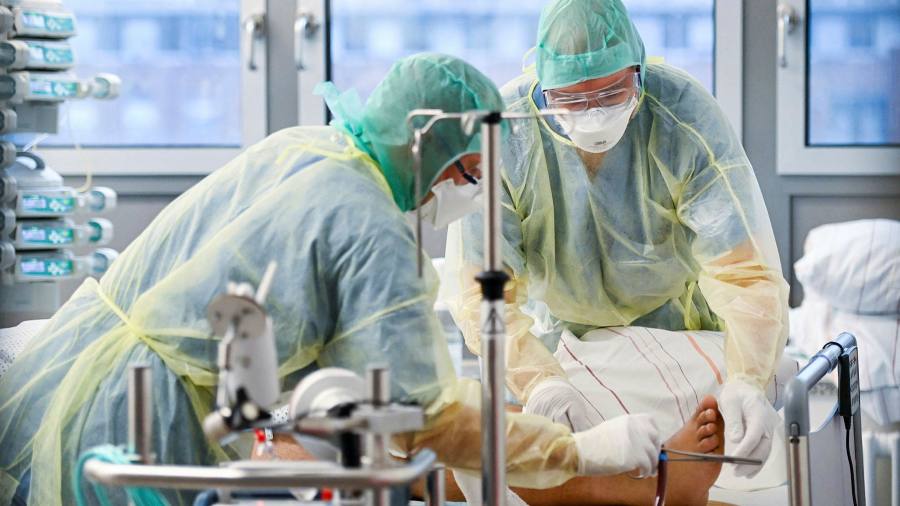 Germany’s highest court has demanded greater protection for disabled people in Covid-related cases of “triage” — when doctors only treat those patients with a greater chance of survival and abandon others to their fate — in a significant victory for disability campaigners.

The constitutional court told Germany’s parliament to come up with a law that ensures people with disabilities are not discriminated against when it comes to the “allocation of intensive care treatments that have become scarce as a result of the pandemic”.

Germany’s health minister Karl Lauterbach welcomed the judgment. “People with disabilities need the state’s protection more than anyone else, particularly in cases of triage,” he tweeted. The priority was now to vaccinate enough people to ensure that triage never happens, he added.

Tuesday’s verdict goes to the heart of one of the biggest ethical dilemmas to have arisen during the Covid-19 crisis — whether medical staff working in overstretched intensive care wards should prioritise who they try to save.

Doctors and nurses were often faced with heartbreaking choices, particularly in the early phase of the crisis, over how to allocate scarce resources such as ventilators. There were cases when hospitals did not have enough beds for the many seriously ill Covid-19 patients being admitted to intensive care wards. That sometimes led to triage — the grading of injuries and physical conditions based on who is more likely to survive.

In March, the British Institute of Human Rights said so-called “do not attempt resuscitation” orders for disabled and elderly people were issued at a far higher rate during the early months of the pandemic, as doctors worried it would put unsustainable pressure on the NHS.

Germany’s constitutional court said people with disabilities faced greater danger during the pandemic, including a higher risk of becoming infected with coronavirus and dying of Covid-19. And it said parliament had failed to take precautions to prevent these groups from being discriminated against in the provision of intensive care.

This, the judges said, was a violation of article 3 of the German constitution, which dictates that “no one should be discriminated against because of a disability”.

The plaintiffs were a group of nine people with disabilities and pre-existing conditions who feared that doctors might deny them treatment, focusing only on healthier patients with a better chance of survival.

They took issue with the current guidelines for doctors contained in a series of “clinical-ethical recommendations” drawn up by the German Interdisciplinary Association for Intensive Care and Emergency Medicine (Divi), one of the country’s biggest doctors’ organisations.

These rules specify that a patient’s frailty and pre-existing conditions should play a role in determining whether he or she receives treatment. The plaintiffs worried that meant disabled people would always lose out, because of their poorer chances of survival.

However, after the group filed their complaint with the constitutional court, Divi insisted that no one would ever be denied treatment on the grounds of age, an underlying illness or disability. It said the criteria would only become relevant if a patient was unlikely to survive an illness.

The constitutional court ended up siding with the plaintiffs, saying Divi’s recommendations concealed a “risk” that underlying comorbidities or frailty would be seen as “negative indicators” for an intensive care patient’s chances of recovery.

In its judgment, the court said that in pandemic-related triage doctors “find themselves in an extreme situation where they need to make a decision — they must decide who receives scarce intensive care treatment and who doesn’t”.

“In such a situation it can be particularly challenging to take account of disabled people and not to discriminate against them,” it added. For that reason, authorities must ensure that any decision on whether or not to treat a patient “is only based on [their] current, near-term chances of survival”.