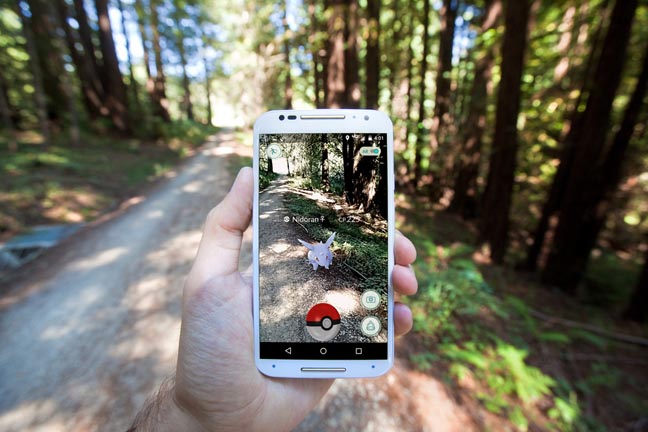 A California appeals court last week upheld the discharge of two Los Angeles police officers for ignoring a robbery call because they were busy playing Pokémon Go while on duty.

Louis Lozano and Eric Mitchell, fired from the City of Los Angeles Police Department in 2017 on misconduct charges, after it was found that they had ignored a radio call about robbery occurring feet away from their car because they were too busy driving around the neighborhood trying to find Pokémon Go characters.

The pair challenged their terminations by claiming the City violated their privacy rights by using their patrol car’s digital in-car video system (DICVS) against them and that a police sergeant who questioned them about being non-responsive during the robbery call violated their rights under the Public Safety Officers’ Procedural Bill of Rights (POBRA).

The California appeals court affirmed the trial court’s determination that the video evidence and the misconduct charges arising from it were lawful.

According to the court record, Lozano and Mitchell were working as LAPD officers on Saturday, April 15, 2017, in the Southwest Division of Los Angeles. The former had served for over 18 years and the latter for over nine years.

The partners were assigned a foot beat and were responsible for handling community service and quality of life concerns in the vicinity of the Crenshaw Corridor and Leimert Park in Los Angeles.

Play the game or do your job?

That afternoon, at 1751, the LAPD broadcast a report of a possible robbery in progress at the Macy’s store in the Baldwin Hills Crenshaw Mall. Captain Darnell Davenport, the patrol commanding officer at the Southwest Division, was en route to a prior homicide call and happened to be in the area.

When he reached the store he noticed “a police car tucked back in an alley just feet away.” When the car did not respond to the radio call, he assumed it was a traffic unit or from another division using a different radio frequency and decided to respond to the call himself. He notified the police dispatch center that he was going Code 6 – was on-location.

Sergeant Jose Gomez, the supervisor of Lozano and Mitchell, was in the watch commander’s office when the call went out. When Captain Davenport said he was on location at the mall, Gomez noticed that Lozano and Mitchell were also on-scene. Around this time, another police unit left the homicide scene with lights and sirens to assist at the mall.

Gomez found it “peculiar” that Lozano and Mitchell didn’t respond to the robbery call and began to look into what happened. They told him they couldn’t hear the call for backup because it was drowned out by loud music at the park.

Unconvinced, Gomez subsequently reviewed the DICVS recording of the two officers in their patrol car and found that the pair were busy hunting “Snorlax” in the augmented reality game Pokémon Go. When the call to assist Captain Davenport came in Lozano said “Aw, screw it,” and the pair drove off with an apparently more interesting quarry.

Later that year, researchers found that Pokémon Go contributed to hundreds of accidents, injuries, and deaths. This might make an interesting case study.

A matter of law

The LAPD charged the two officers with six counts of misconduct:

The LAPD Board of Rights, a three-person panel consisting of two LAPD officers and one civilian, heard the evidence and found the pair guilty of all but the first count. And the LAPD discharged the two officers.

Lozano and Mitchell challenged their terminations in court, arguing the video evidence was inadmissible and that they should have been offered legal representation before being questioned by Gomez.

But the trial court upheld the decision. The two men then appealed and now the appeals court has confirmed their terminations.

The appeals court notes that while departmental rules say unintentionally recorded personal communications captured by the DICVS system will not be used to initiate a complaint against officers, the rules make an exception when there is evidence of “criminal or egregious misconduct.”

“Because the DICVS’s purpose, as stated in Special Order No. 45, is to ‘provide Department employees with a tool for crime documentation and prosecution,’ it would be preposterous to require commanding officers and internal affairs investigators to ignore evidence of ‘criminal or egregious misconduct’ simply because it was unintentionally captured on a DICVS recording,” the appeals decision says. ®