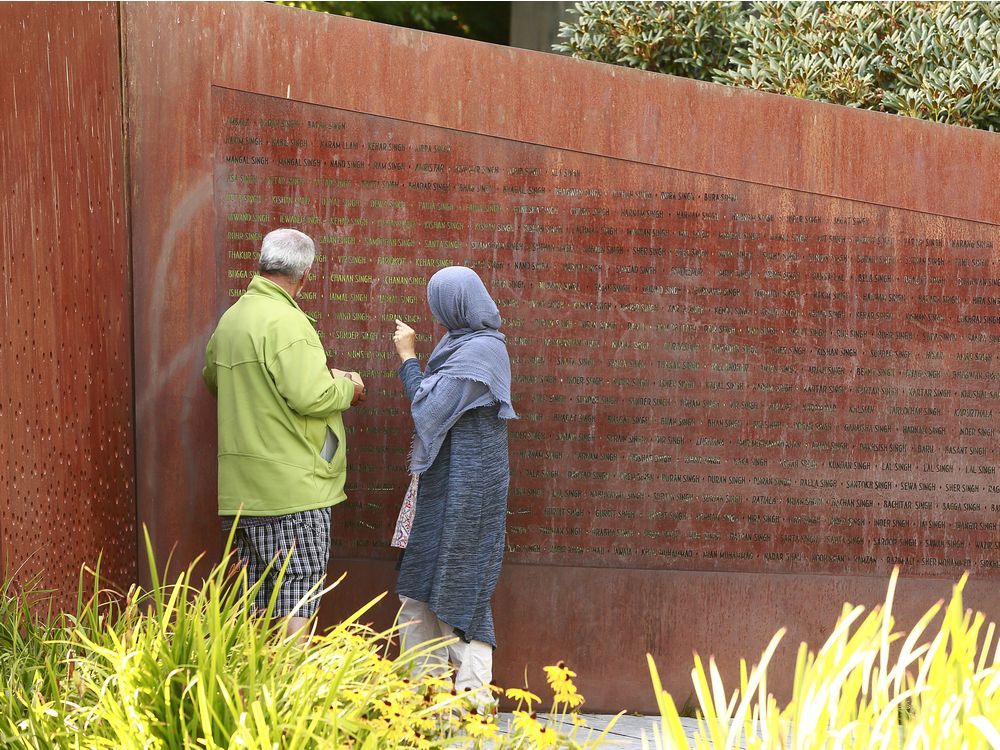 The Komagata Maru monument features the names of 376 people who sailed to Vancouver’s shores from India in 1914 but were turned away and denied entry due to racist policies at the time.

Charges have been approved and an arrest warrant issued for a man suspected of defacing Vancouver’s Komagata Maru memorial last summer.

In August last year, concerned citizens shared a number of photos to social media of white paint, hand prints and graffiti that had been painted on the memorial.

The Komagata Maru memorial features the names of 376 people who sailed to Vancouver’s shores from India in 1914 but were turned away and denied entry due to racist policies of the time. The monument is comprised of names etched into steel panels to simulate the ship’s hull, with openings to reflect the waves of Vancouver’s Coal Harbour, where the monument is located.

The August 2021 incident wasn’t the first instance of vandalism targeting the memorial.

While the vandalism wasn’t initially reported to police, investigators learned of the incident via the social-media posts and were able to visit the scene, collect evidence and identify a suspect.

“This crime reverberated throughout the community because of what this memorial reveals about our past and the steps we have taken to become a more inclusive community,” said Sgt. Steve Addison. “We promised to do everything in our power to solve this crime, and we’re pleased that evidence has led us to a criminal charge.”

Earlier this week, a charge of mischief was approved against Yuniar Kurniawan, 39. An arrest warrant has been issued for Kurniawan.

More news, fewer ads, faster load time: Get unlimited, ad-lite access to the Vancouver Sun, the Province, National Post and 13 other Canadian news sites for just $14/month or $140/year. Subscribe now through the Vancouver Sun or The Province.