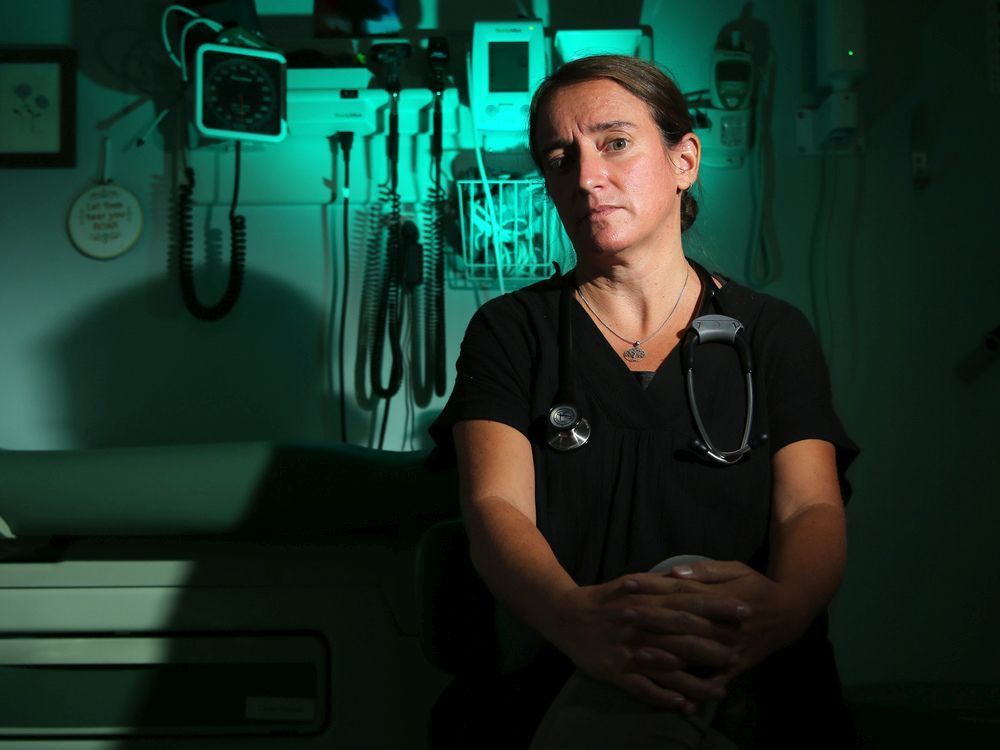 There are a few doctors who are good for a colourful quote. Few can beat the outspoken Dr. Nili Kaplan-Myrth.

Here’s what the Glebe family physician had to say about vaccine shopping last April: “It makes doctors feel like we’re used car salesmen,” Kaplan-Myrth said after she accessed 200 doses of the AstraZeneca vaccine, but struggled to find takers.

“It’s like buying tickets to a rock concert. People keep trying to get better seats.”

Kaplan-Myrth’s brand of indomitable and pragmatic forthrightness really found its mark in the confusion and complexity of the pandemic as she told her story from the trenches of family medicine.

“I was always outspoken. But I didn’t have 18,000 people listening to me until I was on Twitter,” says Kaplan-Myrth.

She also wasn’t shy about speaking out in traditional media, or writing the occasional op-ed. She made her first pitch to the CBC early in the pandemic, volunteering to talk about the lack of PPE for family physicians.

“We aren’t superheroes. We’re just people. It would be nice to think someone has our backs,” she says.

Kaplan-Myrth has also not been shy about telling her own backstory. She grew in up downtown Toronto. Her grandparents are Holocaust survivors. “I grew up with the idea that things could go very wrong,” she says.

She was kicked out of her house when she was 16, relying on friends and mentors to get through high school.

Kaplan-Myrth had always planned to become a physician, but got sidetracked by a course in medical anthropology at McGill University, later winning a Commonwealth scholarship to University College London and a Fulbright for her PhD at Yale, where she wrote her thesis on Indigenous self-determination and health.

She then decided to put what she had learned into medical practice and went to medical school at the University of Ottawa. At the time she was 30 and the mother of two.

“I had to take my hat off as a critical thinker and did a lot of memorizing. All of what was interesting to me was considered ‘fluff.’ It was hard to summarize a person’s history in a minute-long summary. The whole story mattered to me.”

There are dangers for physicians who are public about their opinions — especially those who are as fiercely and publicly pro-vaccine as Kaplan-Myrth, who is known for a series of mass outdoor vaccination clinics dubbed “Jabapalooza.” There were even T-shirts. Proceeds went to Ottawa women’s shelters.

Kaplan-Myrth made Canada-wide news early in November when she went public about a death threat sent in a letter to the College of Physicians and Surgeons of Ontario. Later that month, the federal government introduced a bill that would prohibit harassing health care workers.

It wasn’t that long ago that physicians considered going public to be an insult to the gravitas of their profession. But things are changing and social media had created a new breed of “medical influencer” not filtered through the traditional media.

Dr. Yoni Freehoff, an obesity expert, has used social media since 2008, when he took a camcorder into hospital cafeterias and blogged about what he found.

It takes a thick skin. Social media can be a “nasty playground,” admits Freedhoff.

Women in health care have been trolled and criticized throughout the pandemic, said Kaplan-Myrth. She blocks anyone who says anything disrespectful on Twitter and left Facebook, what she calls “a bottomless pit of nastiness.”

There is always a new frontier. Kaplan-Myrth is editing a book about pandemic experiences and aims to finish it by the new year.

“Telling people’s stories is part of how you create change. For me, the way to deal with the stress is to keep talking about the issues.”

Sign up to receive daily headline news from Ottawa Citizen, a division of Postmedia Network Inc.

The next issue of Ottawa Citizen Headline News will soon be in your inbox.