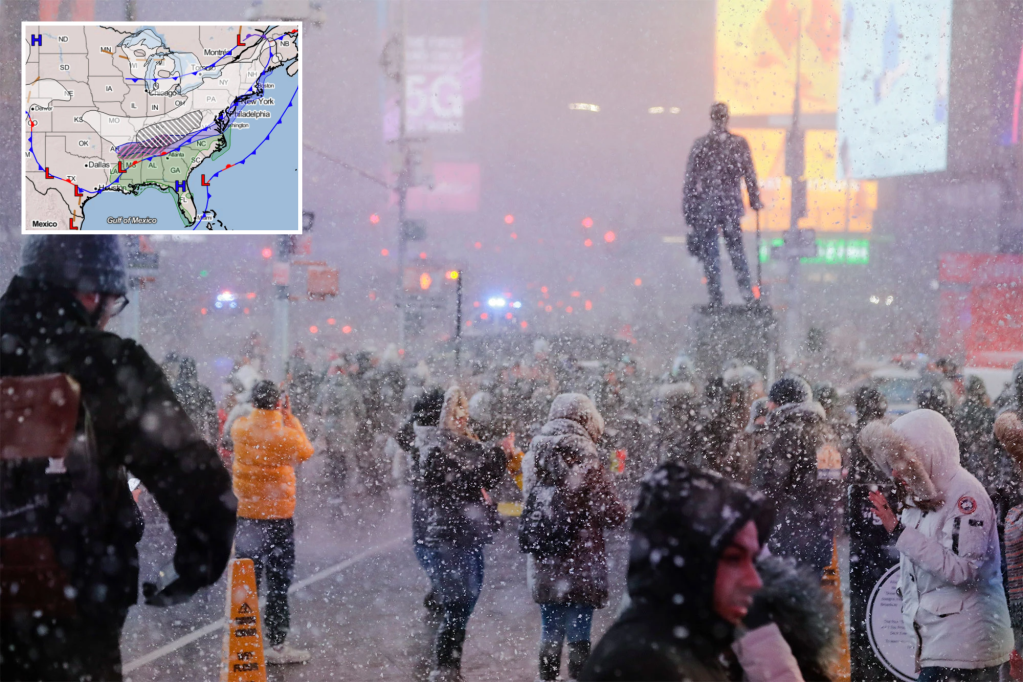 A quick-moving storm traveling into the Northeast could strengthen into the winter season’s first “bomb cyclone” on Friday morning – dumping up to six inches of snow in New York City, forecasters said.

The storm is expected to hamper the morning commute across the tri-state area, Accuweather.com reported, with some spots receiving a powerful burst of 1-2 inches of snow per hour.

Snowfall from the storm blanketed Tennessee and North Carolina before heading into the mid-Atlantic en route to the Northeast.

The nation’s capital was expected to see up to 3 inches of snow in its second winter storm this week, according to Accuweather.

As the storm strengthens off the New England coast, it could evolve into a “bomb cyclone” – characterized as an intense weather event marked by a quick drop in barometric pressure that brings heavy precipitation and gusty winds.