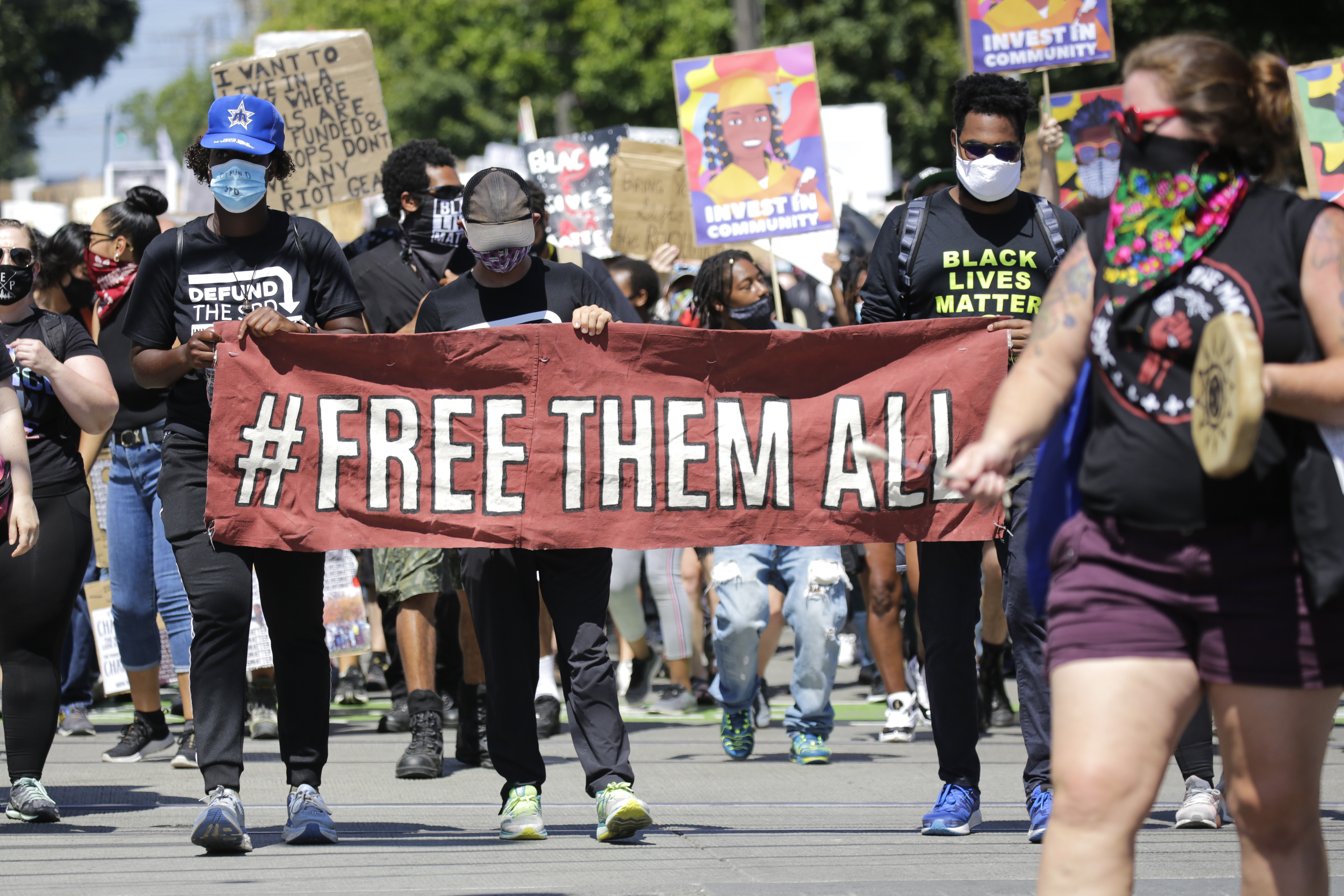 Shane Bartek, a 25-year-old Cleveland police officer, is the latest victim of a crime wave that has taken many lives across the country. He was off duty when he was murdered on New Year’s Eve in a carjacking in Kamm’s Corners, a neighborhood that many current and retired police officers call home.

Who would be so brazen, so stupid as to commit a carjacking and a murder in a neighborhood that is known for having so many police officers in it? 18-year-old Tamara McLoyd is who—a woman who already had a warrant out for her arrest for an armed robbery that took place on November 2. McLoyd allegedly shot Bartek at his apartment complex during the carjacking, and Bartek died later that night in the hospital. Meanwhile, another man with a long rap sheet—28-year-old Anthony Butler Jr., who has been convicted seven times in the last four years of theft-related offenses involving cars—was later arrested driving Bartek’s car after leading police on a high-speed chase.

As Cleveland mourns the senseless loss of a young man with his whole life before him, many of us are wondering, why was either one of these people on the street to begin with?

When it comes to McLoyd, it seems to have been about resources. There was a warrant out for her arrest, but not the resources to find her and execute the warrant. So why weren’t such resources available?

Sadly, the answer is a climate and reality created by progressives and progressive policy around policing—one that ends up sacrificing the most vulnerable on the altar of unreachable ideals.

After the death of George Floyd, most of America was in agreement that what happened was wrong. Americans across the political aisle came together in the desire to fix the problems that exist in our policing and criminal justice system. But that conversation quickly devolved. Idiots began demanding that we “Defund the Police” and in some cases even abolish the police. That call was amplified by those with the most privilege and the least amount of contact with the cops, and clout-chasing politicians followed their lead. In some cases, they even attempted to implement these ridiculous proposals.

Many have since overturned their ridiculous attempts to defund police departments, but the end result is the climate that we are in now. Criminals operate with what they believe to be impunity, thanks to progressive district attorneys. Police departments are demoralized thanks to millions marching and painting them all with the colors of their worst examples. Police officers are quitting or retiring in droves. And the very people that these so called activists claim to fight for are the ones that are put in danger.

It’s undeniable to anyone living in America’s most vulnerable neighborhoods that the calls to Defund the Police and the massive homicide and carjacking wave we’re living through are related. The wave is washing over Democrat-led cities, in places where progressive policy reigns.

Even in cities like Cleveland, where both retiring Mayor Frank Jackson and retiring Chief of Police Calvin Williams were against the call to Defund the Police, we still have to deal with the results of this climate; in 2021, Cleveland saw the second highest homicide rate in 30 years.

And it’s just getting worse. In the 2021 mayoral election, Cleveland voted in a progressive candidate, Justin Bibb, who supported a bill to create a “Community Police Commission” that would oversee police conduct investigations, discipline, training and recruitment. In the weeks after voters elected Bibb and the police reform bill passed, sources in the Cleveland police department tell me that police activity has plummeted. Eligible officers are taking early retirement at a rapid rate. The ones who are left feel demoralized.

Meanwhile, any hope for meaningful conversations about police reform—something we actually need—has gone out the window; reform is not enough for the progressives and they are no longer seen as viable partners for moderates and conservatives.

We’ve divided ourselves into a stalemate on the most important issues and poor people of color are left to suffer the consequences. Millions of lower income Americans are forced to watch their neighborhoods turn to anarchy. The rule of law has been thrown out the window. And it will only bring on the kind of law and order that we all agree should be left in the past.

The policies being pushed by progressive neo-hippies end up hurting the very people they claim to want to help, by making the neighborhoods that they live in less safe and foreclosing on the possibility of police reform. Progressives hijack the conversation and cause the pendulum to swing so wildly in one direction that the only possible response to murders like Bartek’s is the kind of law and order overreach that hurts us, too.

There are those who say that poverty creates the conditions that allow crime to thrive, who believe that you cannot “police” your way out of this situation. They say that if you don’t address poverty, you will arrest one criminal and another one will pop up. I agree. But you can’t address poverty in a war zone. You can’t address the root causes of crime if bodies are dropping in the street daily. There will be no investment in our communities if they are lawless. No one wants to hear you talk about poverty while dead bodies pile up. You have to address the immediacy of the moment first, and then you’ll have the political capital needed to address the root causes.

That starts with healing our relationship with the police.

If we want policing in America to be as good as it can be, we can’t continue to paint all officers with the same broad brush. Not every cop is a good person, but they aren’t all bad either. And when you punish the good ones as a result of the actions of the bad ones, you break their spirits.

By all accounts, Shane Bartek was one of the good ones. He was community minded. He had a servant’s heart, just like Baltimore Police Officer Keona Holley, who died on December 23 after being ambushed and shot. These were the type of officers that the country says it wants.

We put high expectations on these understaffed, overworked, underpaid human beings. And I get it: The job is a huge responsibility. The expectations should be high. We should demand that police officers show grace and understanding to the people that they serve. But while we’re doing that, we should also remember that grace is a two way street.

Darvio Morrow is the CEO of the FCB Radio Network and co-host of The Outlaws Radio Show.

The views in this article are the writer’s own.