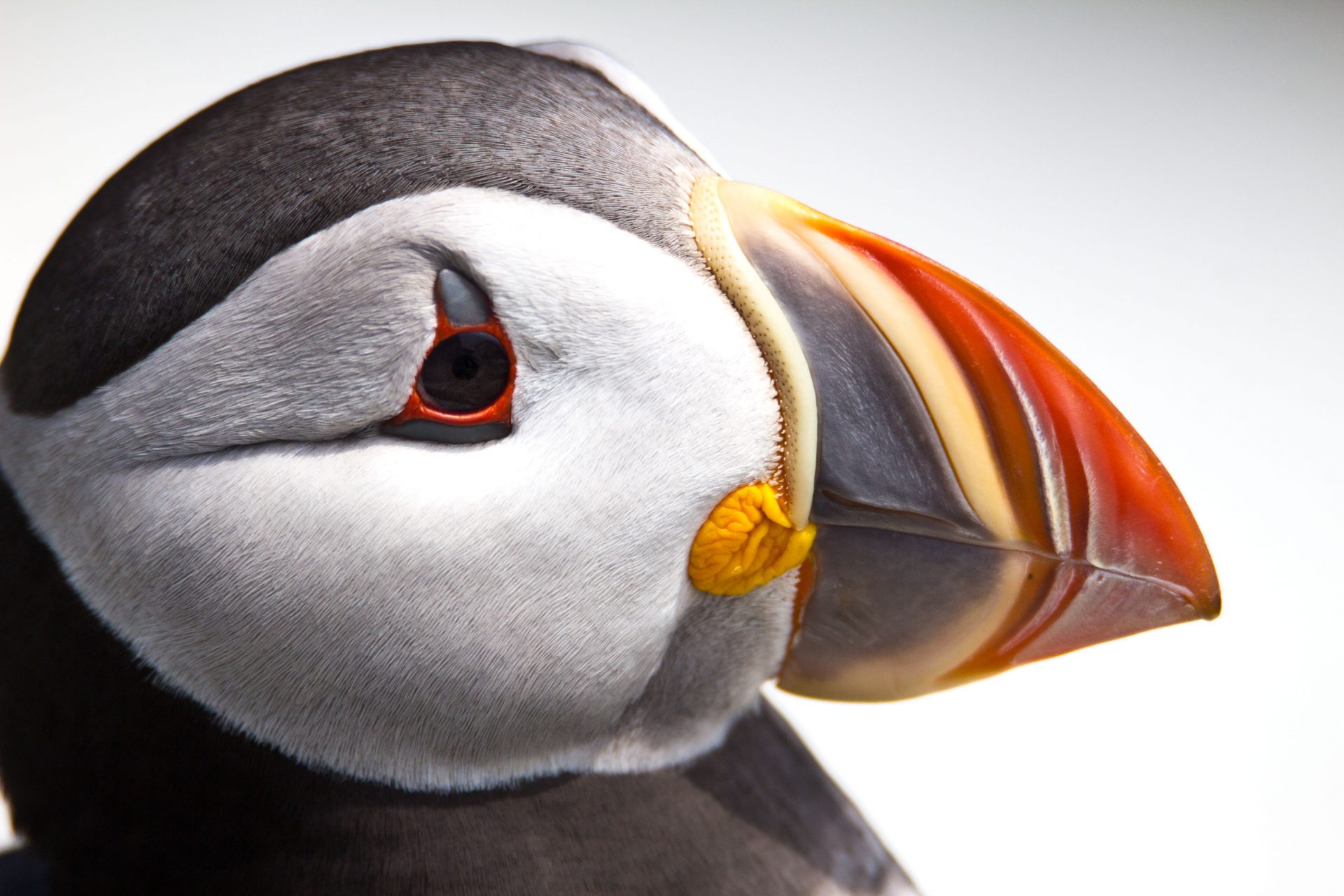 It was a mild day in the fall of 2017 when I, true to form, attended a conference on Maritime biodiversity in Caledonia, Nova Scotia. In various working groups we sat and listened as experts listed and described the various species of animal native to our region, notetaking optional. A devotee of endangered species, I figured I could at least keep up with these lecturers, and so I cockily took my chair in the fish working group, then the reptile working group, then the bird working group, and for the next several hours my ego took a thrashing.

In each presentation I clung heroically to the name and appearance of the first few species described but developed a headache when we pushed into the teens, and by the thirties and forties I was absolutely lost, staggered by the sheer abundance of our tiny region, and this was by no means a comprehensive list. I’d spent literally years trying to grasp the depths of Maritime biodiversity, but the truth, as presented by this conference, was that I didn’t know anything. I felt like that horse in the novel Animal Farm – Boxer – who attempts learning the English alphabet but can only retain four letters at a time.

I cornered Professor Tom Herman, the retired head of Acadia University’s department of biology, in the conference’s aftermath and described my embarrassing inability to recall even some of the species previously mentioned, and, with a beaming smile, he made me feel much, much worse. We are triggering mass extinction, he said, in part because of the catastrophic divide between modern peoples and the species with whom we share this planet. How can we care for a thing, let alone conserve a thing, if the vast majority of people don’t know what it’s called? Your average North American can recognize 150 corporate logos without prep or preamble, he explained, and yet most cannot name ten trees in their front yard. We live in an ecologically illiterate society, and things are getting worse, not better.

Your average North American can recognize 150 corporate logos without prep or preamble, he explained, and yet most cannot name ten trees in their front yard.

That damning statistic – 150 corporate logos – stuck in my mind like a splinter. I began chastising myself every time I passed an Esso, Walmart or Subway, recognizing their signage instantly while tens of thousands of trees went roaring past my window unnamed. The good professor was right. I adored the natural world more than most, and yet I didn’t know its name. I was part of the problem.

My solution took the form of rigorous self-education, and a challenge. From the beginning of 2018 until its end, I would identify 150 species of living thing, committing their names to memory and breaking free of my modern illiteracy. I would reclaim my evolutionary gift for pattern recognition and, with luck, displace some of those corporate logos in my rewilding mind. I decided, ultimately, to confine my education to birds, at least for that first year, as they would be easier and less seasonal than, say, trees.

How to describe the joy, the thrill, of wild identification? Easy reference can be made to Pokémon – Gotta Catch ’Em All – but it was more than that. As I harnessed scant guidebooks and exercised my inborn capacities for distinction and observation, I began to feel curiously empowered. The Black-Capped chickadees, American goldfinches, Song sparrows and Northern Parulas who first graced my list were each a marvelous achievement, proof I was cognitively capable to comprehending my wild surroundings, and once these species were found, they became like neighbours, their diversities of song, colour and especially behaviour growing more and more apparent, catalogued, passively, by my ready mind.

As I harnessed scant guidebooks and exercised my inborn capacities for distinction and observation, I began to feel curiously empowered.

There’s a word for this brand of compulsive reconnection, coined in 1984 by American biologist, naturalist and writer Edward O Wilson. He called it “biophilia,” or, the urge to affiliate with other forms of life, the longing which burns in us all at the merest mention of truly wild places. We are animals, forged in natural settings increasingly scarce, and we want badly to go back.

Scarce, but not forsaken, even on Prince Edward Island, the most ecologically disturbed province in Canada where I began my solo journey. I assailed the regenerating wilderness surrounding my tiny estate with zeal, increasingly excited to trade one ecosystem for another and discover which species preferred which. Among the dry hardwoods I found warblers in droves, and in the dense swamps of spruce and tamarack I found the shy Hermit thrush, Spruce grouse and woodpeckers big and small. In the open fields I found Dark-Eyed juncos, Ruby-throated hummingbirds and sparrows aplenty. On the coast I discovered sanderlings, pipers, eiders, cormorants, ducks and herons. At the close of spring, I’d collected 50 species with ease, and had crossed the unmarked boundary between obligation and obsession.

I was a menace, carrying with me at all times the lens and camera with which I pegged my birds, bringing hikes and road-trips to lengthy and unscheduled halts at the merest prospect of adding to my list. Work related travel became an excuse to find new species, which I tracked, unapologetically, for hours through absurd and hostile terrain. I recall vividly the downpour I suffered so as to find the Pileated woodpecker, soaking me to the soul, and also the sunset in Grasslands National Park spent photographing the Burrowing owl, temporarily ignoring the Plains bison crowding my jeep. One morning on Vancouver Island I was reveling in the company of a Sitka spruce several times older than Canada when, without appreciating the absurdity of the trade, I was drawn away by a Wilson’s warbler, thousands of times smaller than this ancient tree and yet, at the time, somehow just as entrancing.

I managed 100 species by the end of the summer, and after a day of competitive birding, I stepped eagerly into the 140s. And then, everything fell apart. My season of travel had come to an end, the bulk of our native birds migrated beyond reach, and I was left to scrape the bottom of so many barrels. Prince Edward Island had been tapped several times over, and so had nothing left to give. I finished out the year with 143 species, my last, the Snow bunting, congregating happily on potato fields freshly white.

I failed, falling narrowly short of an overly ambitious goal, and yet my year of wild birding is among the best things I’ve ever done, triggering in me a deeper and devoted appreciation for the biosphere and an ongoing imperative to identify and understand as many species as possible. More and more I can step into an ecosystem and gauge its health by inventorying its resident biota, and while birds play no small part in those inventories, they no longer represent the limits of my knowledge. People spend lifetimes studying the tapestry of Maritime biodiversity and I am in no way impressive by comparison, but I’m learning at a pace which has changed everything, and I do not expect to stop.

I eventually did surpass 150 birds. In fact, I’ve lost count, finding Gray jays and Red crossbills in Newfoundland, Merlins and pipits on PEI, even Atlantic puffins and Razorbill auks on Machias Seal Island in the Bay of Fundy. I describe this old crusade only because 2022 is dawning, and a race of 365 days has begun. We all spend our years differently, and so I don’t expect anyone to adopt my dusky target of 150 birds, but there is no antidote to extinction more powerful than the broad appreciation of one’s natural heritage, and nothing gets people moving like a deadline. However feels right to you, I hope this year you’ll consider learning a little more about the wildness which surrounds you, for its sake and for yours. We cannot preserve a thing if we do not know its name.