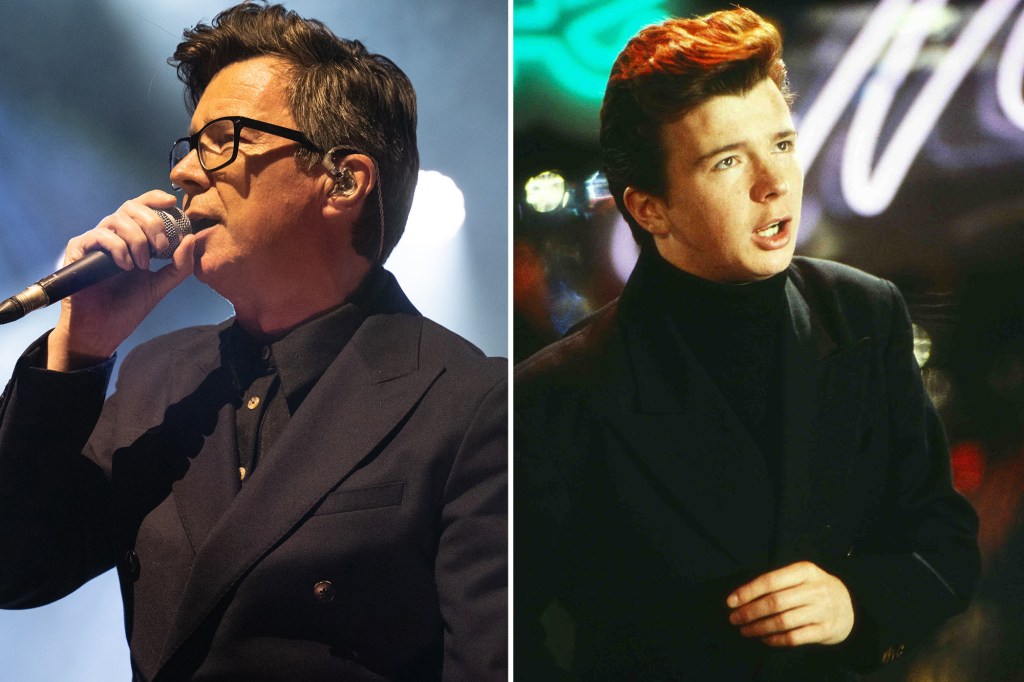 Not even the man himself is immune from getting Rick Rolled.

Rick Astley’s 1987 hit “Never Gonna Give You Up” has found a second coming with the viral internet trend of “Rickrolling.” However, Astley, 55, wasn’t too keen about the online meme at first.

“Rickrolling” refers to people who are tricked into clicking on a hyperlink that leads to the music video to his single. The clip has since reached more than 1 billion views YouTube.

The ’80s rocker admitted he was annoyed at first by the trend, which has picked up steam in recent years. But his daughter helped him warm up to it.

He recently chatted with Fox News about his iconic single, getting “Rickrolled” himself and whether he ever pulled the prank on someone else.

Astley revealed that his friend, who was living in California, “Rickrolled” him “before I even knew what it was.”

“I’m just like, ‘Why is he sending me this?’ And my video just suddenly shows up. So I kept asking myself, ‘What is he doing?’ I remember I was on holiday [with my family] in Italy at the time. I was totally chilled out and I just kept saying to myself, ‘I don’t need this in my life right now,’” he recalled.

“[My friend] works in music as well. And he works with a lot of guys who are younger than him. So obviously, they’re right on the tip of everything all the time,” the British musician continued.

He continued, “I just thought it was really weird. You know, here’s a friend of mine who lives on a different continent and is sending me a video that then clicks into my song. It was just really weird and it was something difficult for me to get my head around at first. Let’s face it, that video is from a long time ago. I look like I’m 11 years old and wearing my dad’s overcoat. I just didn’t get it at first.”

He then joked that he has “professionally ‘Rickrolled’ people many times.”

But Astley will always be grateful to the tune that gave him his fame and fortune.

He admitted that he quit singing for a while to have a “totally private life.”

“And then I started [singing again] about 15 years ago. And people still love the song. The first time I ever sang that song was in Tokyo. People there still love it. It brings back wonderful memories,” he added.

“Thank heavens for that song and what came after it because it was game-changing. It totally changed our lives. And it continues to do so,” Astley said.