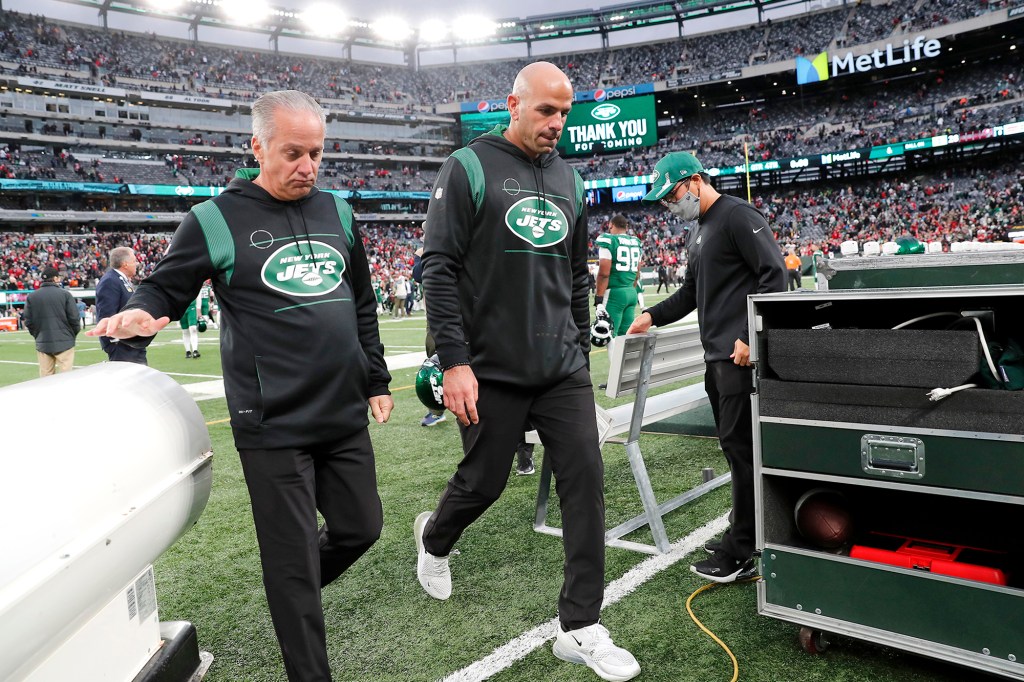 Grading the Jets’ 28-24 loss to the Buccaneers at MetLife Stadium on Sunday.

The Jets moved the ball well on the Buccaneers for most of the game. They had 374 total yards with 150 coming on the ground. They put together a few nice drives, but could not finish off the final one and it cost them. Zach Wilson (19 of 33, 234 yards, 1 TD, 89.7 rating) played his best game of the season. He looked confident and made some decisive throws. Wilson should have handed the ball to Braxton Berrios on fourth-and-2 in the fourth quarter, but the coaches also should have instructed him to do so. The offensive line played well, allowing one sack and opening holes in the run game.

The Jets came up with some nice stops, but could not do it when it mattered most. They allowed Tampa Bay to go 93 yards in the final two minutes to lose the game. Tom Brady (34 of 50, 410 yards, 3 TDS, 1 INT, 104.6 rating) reminded everyone why he is the greatest, throwing a 33-yard game-winning touchdown with 15 seconds left. Tampa Bay rolled up 467 yards, 405 in the air. TE Rob Gronkowski (7 catches, 115 yards) had several key catches. LB C.J. Mosley led the team with 13 tackles. Rookie cornerbacks Michael Carter II (sack) and Brandin Echols (interception) had nice moments against Brady.

Special teams were not much of a factor. The Jets had a few nice returns to set up field position. Braden Mann averaged 38.5 yards per punt. Eddy Pineiro hit a 51-yard field goal just before halftime to extend the Jets’ lead.

Robert Saleh put this loss on the coaching staff. OC Mike LaFleur called a nice game but, did not tell Wilson to hand the ball off on fourth-and-2 and Wilson went for the quarterback sneak. DC Jeff Ulbrich dialed up pressure to affect Brady on third down, but had no answers late in the game for the GOAT. He is not the first to get burned by Brady.