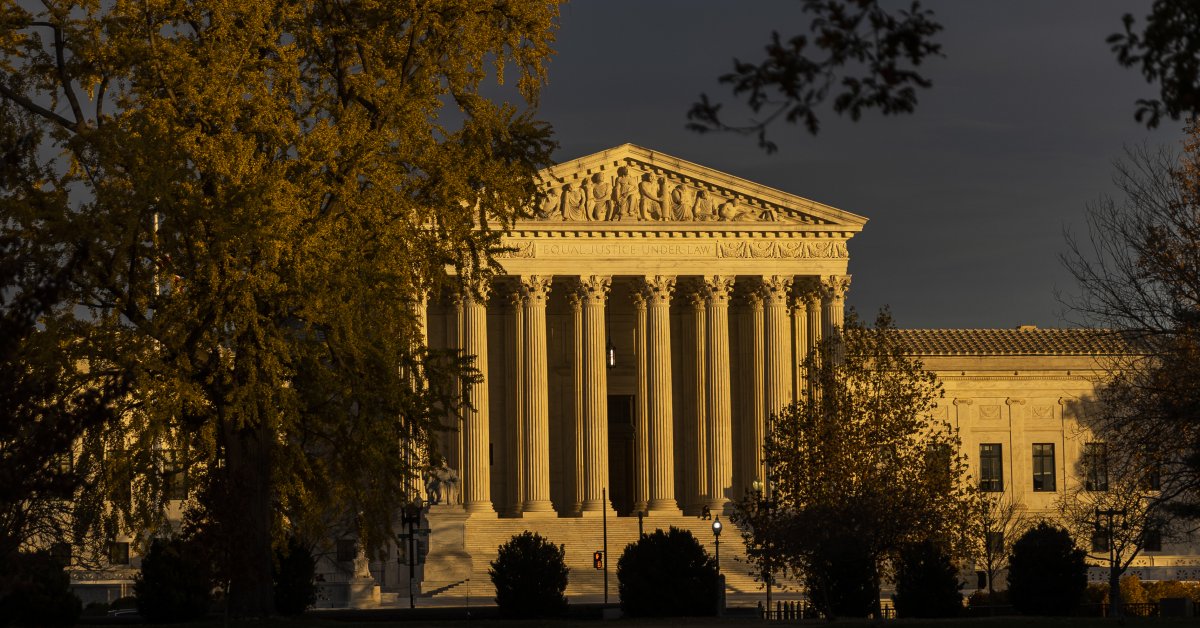 The end of high school was one of the worst periods of Noelle Shamlian’s life. In spring 2019, Shamlian, who identifies as nonbinary and bisexual, was just two months shy of graduating Bangor Christian Schools—a private K-12 religious school in Bangor, Maine—when a fellow student reported them to the administration as queer.

Twenty-year-old Shamlian was closeted at the time and knew that coming out could mean expulsion from the school they’d attended since sophomore year. So when they were called to the principal’s office in April 2019 and asked if they were bisexual, they were terrified.

Shamlian says the principal told them that because they were so close to graduating, they would not be expelled—as long as they didn’t tell anyone they were queer. The school also offered to provide “counseling to address the struggles of sexuality,” Shamlian alleges, and said it wished Shamlian had come forward about their “problem” earlier so they could get help. (Shamlian believes the school meant conversion therapy, which has been banned in at least 20 states for being discriminatory, harmful to children and widely discredited.)
[time-brightcove not-tgx=”true”]

“I said, ‘Well I can be Christian and be gay.’ And [the principal] said, ‘No that’s not right. You can’t,’” Shamlian alleges.

“They left me alone in the room after that, crying,” Shamlian adds. “It was pretty terrifying.”

The principal of Bangor Christian Schools declined to comment on Shamlian’s allegations when reached by TIME.

The story behind Carson v. Makin

Bangor Christian Schools is now one of two religious schools named in a legal battle that has reached the U.S. Supreme Court after a group of parents sued Maine for excluding schools that provide religious education from a tuition assistance program for students in communities without a public high school. Under the program, families in rural areas can receive public funds to send their children to their choice of public or approved private schools, but not to schools that provide religious education.

The plaintiffs in Carson v. Makin— including Amy and David Carson, who wanted to use the program to send their daughter to Bangor Christian Schools — argue that policy violates their constitutional rights to exercise religion, and during oral arguments on Dec. 8, the Supreme Court’s conservative majority seemed prepared to agree with them. But the possibility of the Supreme Court allowing taxpayer funding to flow to religious schools worries two former students TIME spoke with, who say the Bangor Christian Schools’ environment promoted negative attitudes toward LGBTQ people and made them feel unsafe because of their sexual orientation.

Read more: ‘This Isn’t Just About a Pronoun.’ Teachers and Students Are Clashing Over Whose Rights Come First

At Bangor Christian Schools, students who are openly gay are seen as engaging in “immoral activity” and may be suspended or expelled because of their sexuality or gender identity, and the school does not hire transgender or gay teachers, according to a brief filed by Maine officials.

“Coming out during high school would have never even been an option unless I was intentionally trying to leave the school because it would have been a very short time until you were expelled,” says Maria Taylor, a student at the University of Maine who graduated from Bangor Christian in 2019 and identifies as queer.

Taylor, Shamlian’s friend and former classmate, says she and Shamlian were both reported to school administrators over a false rumor that they were in a relationship. Taylor was not with Shamlian during the meeting with the principal but says that Shamlian told her what the principal had said during that encounter.

“The fear of losing all of your friends or losing your position at the school that you’ve been attending for however many years was just so great and so insurmountable that the thought of being out or expressing or exploring who you really are, your true identity, was just so not an option,” Taylor says.

Shamlian alleges that students were taught in several classes that LGBTQ people are sinners and says they had a Bible class senior year that instilled in students the idea that God created binary genders and that transgender people needed to be prayed for and prevented from transitioning.

<strong>“Coming out during high school would have never even been an option unless I was intentionally trying to leave the school, because it would have been a very short time until you were expelled.”</strong>“I was at the age where I was realizing that I was queer and trying to discover my sexuality and my gender identity,” Shamlian says. “I was scared a lot. I felt very alone and unsupported… it was extremely hard.”

Taylor says she also wishes her high school had been a more inclusive environment for LGBTQ students and other minorities.

“I think that would have made a world of difference. It’s very hard now, as an adult, to kind of reclaim that and reclaim the ability to figure out who you are and your identity,” says Taylor, 20. “I think all the time about how different it would be if I had been given a space where I could safely do that as an adolescent.”

The debate over discrimination

In oral arguments for Carson v. Makin, the plaintiffs and the state of Maine sparred over whether the state’s policy violates the religious clauses or the equal protection clause of the U.S. Constitution. And some justices appeared sympathetic to the plaintiffs’ claims of religious discrimination.

“Discriminating against all religions versus secular is, itself, a kind of discrimination that the court has said is odious to the Constitution, at least in certain contexts,” Justice Brett Kavanaugh said. Chief Justice John Roberts also questioned whether Maine was “discriminating among religions based on their belief.”

Read more: Their Memoir Has Been Removed From School Libraries in 8 States. This Black Queer Author Is Fighting Back

Christopher Taub, Maine’s chief deputy attorney general, pushed back against claims that the state was discriminating against religious families. “They are not being discriminated against. They simply are not being offered a benefit that no family in Maine is entitled to,” he said.

“There is not a school that instills religious beliefs that would be eligible for our program,” he added. “We want schools to be neither for nor against any particular religion.”

Though LGTBQ discrimination is not being directly litigated in this case, some of the Supreme Court’s more liberal justices raised questions about discrimination within the schools mentioned in the lawsuit.

“Is it OK to say to a school, ‘You have to take every student and not discriminate on the basis of sex, color, religion?’” Justice Sonia Sotomayor asked. “Is this program permitted to say, with respect to the students, if they meet your academic requirements, you can’t discriminate?”

In its defense, Maine has pointed to the Maine Human Rights Act, which prohibits discrimination on the basis of sexual orientation, arguing that “accepting public funds would result in a significant change to how [the two schools] operate,” including that they would “likely” no longer be able to refuse to hire gay people. Bangor Christian has said it would not accept funds from Maine’s tuition program if it meant having to change its policies, including hiring and admissions practices, according to Maine’s filing.

During the Supreme Court arguments, Michael Bindas, a senior attorney with the Institute for Justice who is representing the plaintiffs, argued that religious employers were exempt from the Maine Human Rights Act in hiring decisions and said LGBTQ discrimination was a separate issue. Justice Neil Gorsuch seemed to agree. “We’re not being called upon today to interpret Maine’s anti-discrimination laws, and we don’t need to do that to decide this case,” Gorsuch said.

Asked about the former students’ claims in particular, Bindas tells TIME that the case is about discrimination based on religion. “Maine’s religious exclusion bars families from selecting religious schools, including those that welcome LGBTQ students,” Bindas says. In doing so, he says, it engages in “discrimination that reduces opportunities for all students, including LGBTQ students.”

But advocates for LGBTQ rights worry that a ruling in favor of the plaintiffs could pave the way for taxpayer money to go toward schools that discriminate against LGBTQ students and school employees.

“We believe strongly that public taxpayer dollars should not be used to subsidize schools that sanction discrimination,” says Aaron Ridings, the director of public policy for GLSEN, an organization that advocates for LGBTQ rights in schools and that has called for stronger non-discrimination and anti-bullying measures.

Shamlian agrees and says the state should not have to support education that is not inclusive of all students.

More than anything, Shamlian worries that such a school environment can be dangerous. They feel lucky to have had another queer friend at the school to share their feelings with.

“If someone didn’t have that person, I would be really afraid for their life and safety, because it’s not a supportive environment for your mental health,” Shamlian says. “It’s an unsafe, violent environment…. And I’m concerned for current and future students.”