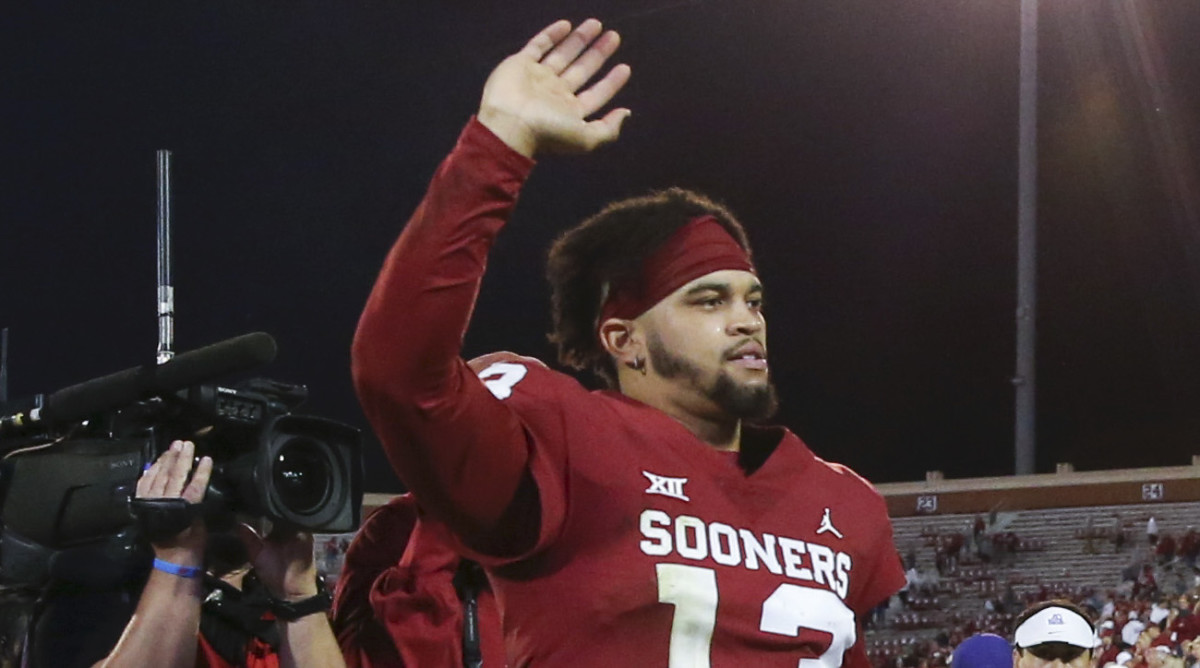 In the tweet, Bohl revealed that his program needed a quarterback—for starters, an unusual approach—and that he planned to acquire that quarterback through the transfer portal or a junior college. It was a loud and public cry to the dozens of quarterbacks in the portal.

In its fourth year of existence, the transfer portal is impacting the sport more than ever before. It is resulting in curious public statements such as Bohl’s tweet, an outcry from frustrated coaches, new positions on coaching staffs and player movement like college football has never witnessed.

The last two months have seen more than 3,000 NCAA DI, D2 and D3 football players enter the portal, the highest number of entrants in the history of the operation.

The portal has become such a driving force that college officials this fall increased school signing limits as a way for coaches to replace their players who left for the portal. The portal has gained enough traction among college football’s fanbase that Dr. Pepper incorporated it into its “Fansville” ad campaign. The “transfer portal” appears in one commercial not as a glorified database with transferring players’ names but as a true portal, a mythical gateway that transmits players across space and time.

The transfer portal is impacting staffs. In fact, on Monday, new Florida coach Billy Napier announced the hiring of Bird Sherrill, a former NFL scout who will have the title of “director of college personnel” with a job description that focuses on “the evaluation of transfer portal and JUCO players.” In other words, Florida now has a Transfer Portal Recruiting Coordinator.

Later on Monday brought some of the most significant portal news in its short history.

The nation’s No. 1-ranked high school quarterback last year and one of the best passers in college football this year, Oklahoma’s Caleb Williams, announced his intentions to enter the portal. His decision sent the expected shockwaves through a sport that is accustomed this time of year to the coaching carousel, not the quarterback shuffle.

Well, buckle up, because it’s not ending anytime soon.

“I don’t expect it always to be like this, but I don’t expect it to ever return to how it was,” says Brian Spilbeler, co-founder of Tracking Football, an advanced scouting analysis company that provides its clients—more than 50 FBS schools—with aggregated and organized data on players in the portal. “This is a new reality emerging for some time that has hit the critical mass. Colleges are starting to accommodate it now. More and more programs have gotten over the shock and awe and said ‘OK, how are we going to manage this?’”

Since Aug. 1, the start of the 2021-22 portal cycle, more than 1,400 FBS players have entered the portal. That’s 11 players for every one of the 130 FBS schools. Most estimate that one-quarter to one-third of those players are walk-ons, though it’s tough to compute, Spilbeler says.

The majority of names popped into the database in November and December—both record-setting months. In November, 1,471 NCAA players entered the portal, and in December, that number rose to 1,618, says Spilbeler. Those monthly figures include all NCAA athletes: Division 1 (both FBS and FCS), Division II and Division III. About 35% of all portal entrants are from the FBS.

Williams’s transfer came with another twist. In an unusual move, Oklahoma’s athletic director and head coach released a 200-word joint statement immediately following the quarterback’s announcement that appears to encourage him to return to Norman while also selling the program’s resources to future recruits.

Williams’s decision to enter the portal sparked another ripple (his rise as a true freshman last fall pushed Spencer Rattler into the portal, where he eventually elected to join South Carolina). Former UCF QB Dillon Gabriel, already in the portal having committed to transfer to UCLA, changed his commitment. Gabriel tweeted Monday night that he’s now heading to Oklahoma.

For some, the amount of player movement is shocking.

“It is absolutely nuts!” says an SEC staff member.

Several factors are behind the transfer surge, but one stands alone. This spring, the NCAA lifted a decades-old policy that made transfers ineligible in their first season at their new school. The change gave athletes the ability to freely transfer and play immediately once in their careers.

“It opened the floodgates,” says Spilbeler.

It’s far from the only reason, though.

There is another reason for the transfer spike, says Todd Berry, executive director of the American Football Coaches Association.

Last July, the NCAA, under pressure from state governments, lifted amateurism policies that banned athletes from earning compensation from their name, image and likeness (NIL). Some players are leaving schools for better NIL deals, Berry says.

“Your whole football team is out there [in the portal] for whoever wants to pay the most money,” Berry told SI last month. “We knew this was going to be a problem. This is a complete mess.”

The portal activity is even having an impact on the timing of hiring and firing decisions related to head coaches. The movement among players makes it more difficult to drag coaching searches deep into December. The new coach needs to be hired quickly to begin recruiting players on his own team as much as those on future teams, while also mining the portal for additional talent.

This year’s coaching carousel was significantly expedited, with more than a dozen firings unfolding before the end of the regular season and at least two hirings made before Thanksgiving arrived.

The transfer portal is a contentious issue among those in the coaching ranks. Several coaches have publicly described it as college football’s version of “free agency.” West Virginia coach Neal Brown, a member of the AFCA board of trustees, believes the portal should include closed and open periods, similar to professional leagues.

In creating the portal, officials previously discussed implementing portal activity periods but ultimately decided against it for legal concerns over the restriction of athletes.

Northwestern coach Pat Fitzgerald, also on the AFCA board of trustees, believes those players committing to a school out of the portal should have to sign a binding letter of intent. Currently, commitments from players in the portal are not binding.

“There is a lot of room for improvement,” Fitzgerald says. “The easy thing was to create the portal. Nobody wanted to create the details.”

Meanwhile, colleges are beginning to build out resources for college scouting in addition to the high school recruiting department, says Spilbeler. The shift in recruiting—from high school products to transfers—is alarming for some. The time-honored tradition of developing incoming freshmen for future seasons is evolving and will start to lean more toward coaches taking the NFL and NBA path, some say, assembling a team year by year with new players obtained through the college waiver wire.

It’s been that way in basketball for years. In fact, last year’s national champion, Baylor, started two and sometimes three transfers, getting more than half of its points from those players last season.

Like it or not, football player movement is here to stay.

There are now two carousels this time of year—the one for coaches and the one for players.

“There’s such a firehose of people entering the portal right now that, as a college, it’s difficult to figure out who’s in there to begin with,” says Spilbeler. “Colleges have not only accepted this is part of the reality but have started to truly build processes and jobs to help strategize how to best incorporate this into their workflow.”