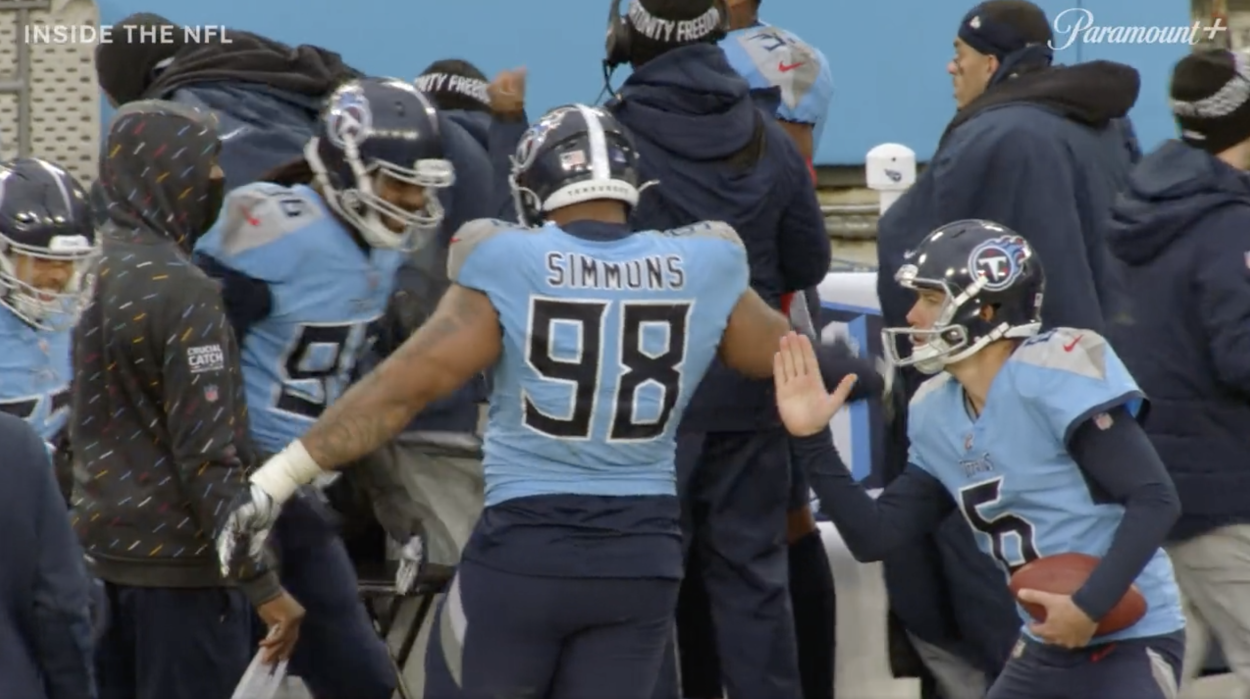 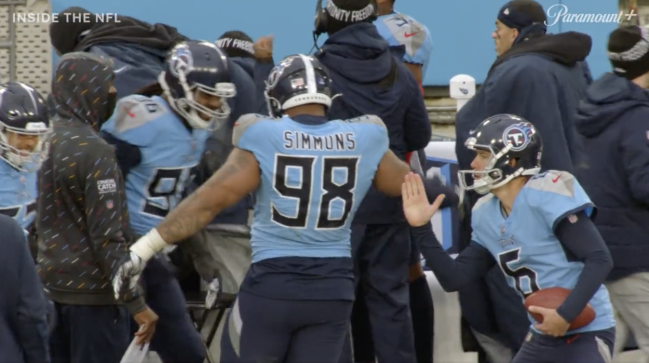 Titans punter Brett Kern will go down in history as one of the best to ever do it. Not only that, but he is an incredible personality who has become something of a cult hero in the NFL world.

Kern has been in Tennessee since 2009 and will probably finish his career in Nashville. He is well-liked and extremely well-respected within the organization and across the league, so it is a very, very bad idea to get on his bad side.

Well, that happened on Sunday.

During the Titans’ blowout win over the Dolphins, defensive end Jeffery Simmons made a big tackle for a defensive stop in the second half. As he walked over to the sidelines, Kern emphatically stuck his hand out for a high-five.

Simmons walked right past him. Kern stood completely frozen in the high-five receiving position until linebacker Nick Dzubnar came over with a big smile and did what Simmons didn’t.

Meanwhile, Kern was wearing a microphone for NFL Films. After Simmons disregarded his dap, he walked over to the bench and gave Simmons a piece of his mind.

He walked over to the 6-foot-4, 305-pound end and threatened him. If Simmons is ever to leave Kern hanging again, there is going to be some problems.

The entire exchange is hilarious and it’s a great reminder that specialists are the best characters on the field. Treat your punter right, or else he will come for you.