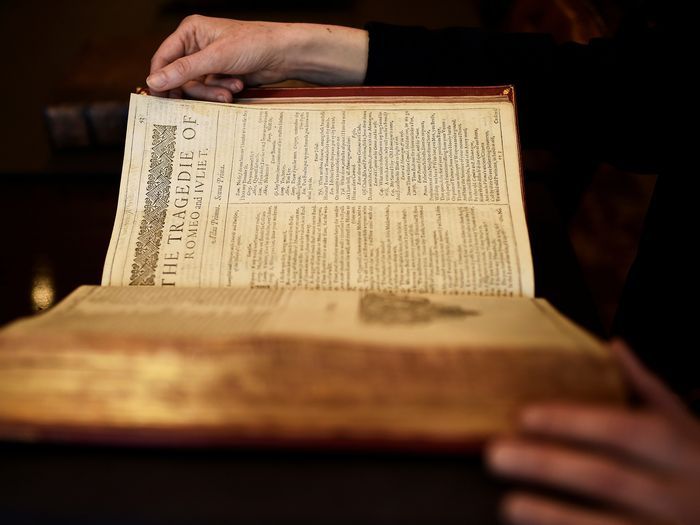 The “tangible piece of cultural heritage” will get a special showing at the Vancouver Art Gallery.

Reviews and recommendations are unbiased and products are independently selected. Postmedia may earn an affiliate commission from purchases made through links on this page.

An extremely rare first edition of William Shakespeare’s Comedies Histories and Tragedies, published seven years after his death in 1623, has been purchased by UBC.

Also known as the First Folio, the book includes 36 of the Bard’s known works, edited by a collection of his close friends, fellow writers and actors.

It is considered to be the most comprehensive and authoritative of all the early printings of the playwright’s plays. Only 235 copies of the First Folio remain around the world, mostly in the U.K. and U.S. This is only the second copy in Canada.

Formerly in the hands of an American private collector, UBC acquired the text through Christie’s in New York. The opportunity arose to purchase the publication in early 2021, and Katherine Kalsbeek, UBC Library’s head of rare books and special collections, pursued it. Funding came from support of the Department of Canadian Heritage and a consortium of donors across North America.

“The First Folio is a cornerstone of English literature and with this donation, we are able to bring this cultural treasure into public ownership,” Kalsbeek said in a news release. “Adding a First Folio to the UBC Library collection represents a milestone in terms of our development as both a library and as a university.”

Those who wish to see the historic text can visit the exhibit For All Time: The Shakespeare First Folios, which was co-organized by UBC and the Vancouver Art Gallery and curated by Gregory Mackie, Associate Professor of English, Norman Colbeck, curator at UBC Library Rare Books and Special Collections and Kalsbeek.

The exhibit also includes three other seventeenth-century Folio editions of Shakespeare’s plays. It will be the first time that all four Folios have been presented in Vancouver. Bard on the Beach Shakespeare Festival founding artistic director Christopher Gaze will voice the audio mobile guide. For All TIme: The Shakespeare First Folios will also include a series of public programs, including talks, performances and more.