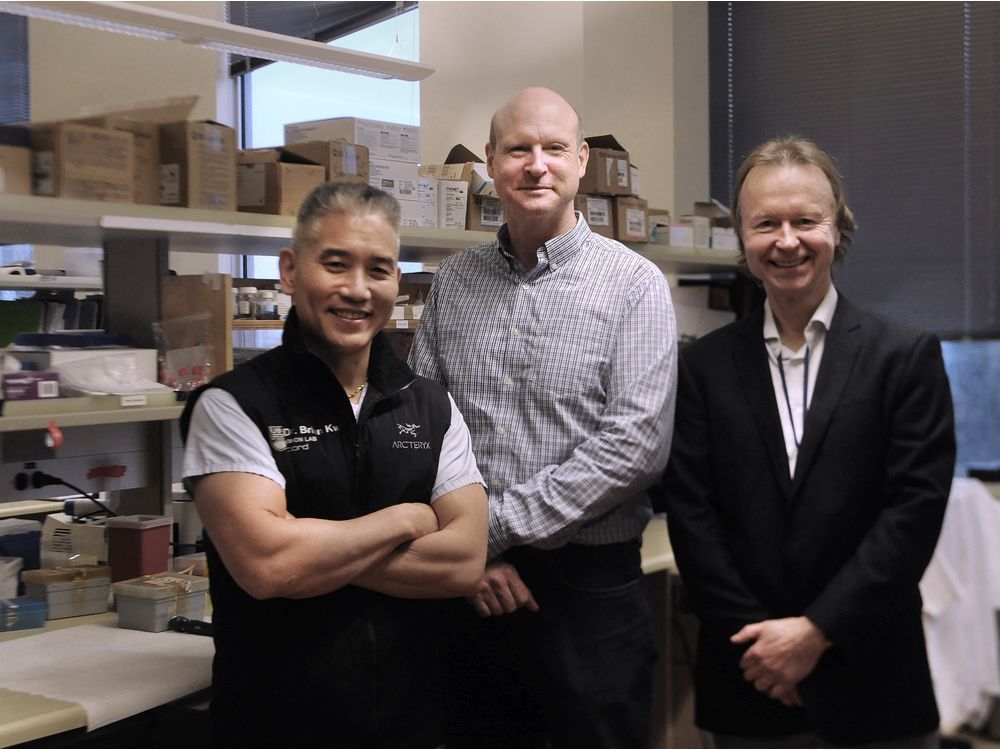 What is engineered in a petri dish doesn’t always work in the human body, but a group of scientists led by UBC’s Dr. John Madden may be on the brink of changing that with an extraordinary breakthrough in spinal cord repair.

Traumatic spinal cord injury caused by a violent impact can result in spinal cord break, a gap that makes it impossible for nerve impulses to travel from the body to the brain. The result can be paralysis, or health issues such as loss of mobility, loss of temperature control, respiratory difficulties and chronic pain.

Madden, a professor of electrical engineering at UBC, along with a multidisciplinary team of researchers from around the world, are taking a new approach to spinal cord regeneration.

Their Mend the Gap project recently received $24 million from Canada’s New Frontiers in Research Fund to further their work on using soft gels containing tiny magnetic filaments, or rods, to guide reconnection and regrowth between the brain and the body.

What’s been shown in the petri dish is that a bridge can be built using tiny magnetic rods, aligned by an external magnet, to create “guide rails, a bread crumb trail,” and the team hopes to make that work in the human body, said Madden.

“The spinal cord is like a compact cable of millions of little wires. Each wire has its own insulator and you have to reform and regrow wires from the lesion,” said co-principal investigator Dr. Wolfram Tetzlaff, a UBC professor of surgery and zoology and director of ICORD, a centre for spinal cord injury research in Vancouver.

Research dating back decades has shown that neurons can regenerate and form connections after injury, but challenges include what Tetzlaff calls a “hostile environment” caused by scarring and the “gap” caused by injury.

The gel will be soft and mouldable, able to “mend the gap” in injuries of different sizes and shapes, and would provide a minimally invasive way of implanting “smart biomaterials,” like the tiny magnetic filaments, capable of guiding regeneration.

We apologize, but this video has failed to load.

The gel could also deliver medication to the area that could reduce scar tissue that hinders healing and limits function.

“This will facilitate regeneration in the spinal cord, in a rather hostile environment, in a non-invasive way,” said Tetzlaff.

“We are very excited and thankful for this $24 million dollars in research funding,” said Tetzlaff.

Tetzlaff said the team expects it will take around seven years to develop the technology before human trials can begin.

The goal to begin with, said Tetzlaff is to increase independence. “This could be about improving  hand function, about being able to button up your shirt, or being able to feed yourself, or do self-care and reduce the dependence on care aides,” said Tetzlaff.

The undertaking brings together a diverse group of researchers and scientists from five different countries including experts in neurobiology, ethics, robotic surgery, materials chemistry, imaging and rehabilitation.

More news, fewer ads, faster load time: Get unlimited, ad-lite access to the Vancouver Sun, the Province, National Post and 13 other Canadian news sites for just $14/month or $140/year. Subscribe now through the Vancouver Sun or The Province.

Sign up to receive daily headline news from the Vancouver Sun, a division of Postmedia Network Inc.

The next issue of Vancouver Sun Headline News will soon be in your inbox.