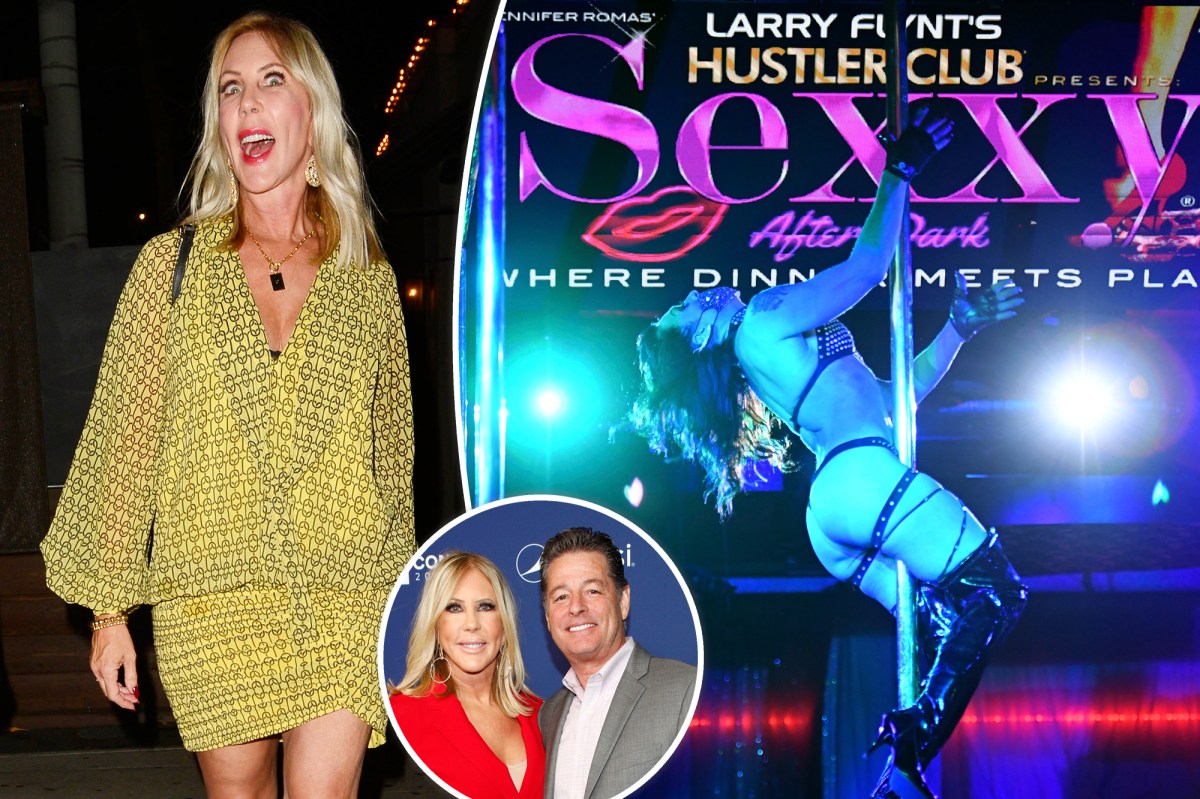 Newly single Vicki Gunvalson is going to whoop it up with male strippers in Sin City to celebrate her split from Steve Lodge.

The “Real Housewives of Orange County” alum is heading to Las Vegas to host a “breakup party” at Kings of Hustler strip club, located on the rooftop of Larry Flynt’s Hustler Club, on Feb. 5.

“When Vicki was first approached about doing the appearance, she was still healing from her breakup with Steve,” a source exclusively told Page Six on Wednesday.

“She was also super upset about his engagement — but not anymore.”

Gunvalson, 59, and Lodge, 63, announced their breakup in September after a two-year engagement and nearly five years together.

The Bravolebrity blasted her ex in October, claiming the former California gubernatorial candidate cheated on and used her.

Lodge denied those allegations but later confirmed he got engaged to 37-year-old school teacher Janis Carlson just three months after the news of his and Gunvalson’s split.

Fellow “RHOC” alum Tamra Judge said just last week that the “OG of the OC” was “having a hard time” dealing with the news of her ex getting engaged again.

However, our insider said Gunvalson is now “ready to put herself out there again.”

Aside from the male revue, Gunvalson and her gal pals will be treated to a dinner at Terrace Mediterranean restaurant.

The businesswoman — who runs the successful Coto Insurance firm — will also be getting paid to play, we’re told.

A source said the deal for her strip club appearance was finalized Tuesday night, and she will rack up “in the 10s of thousands” for it.